By Andre Eikmeier
over 4 years ago
5 min read

In March 2015, I saw a Facebook post from Jock Harvey, a mate and a McLaren Vale grower. He had a block of shiraz grapes that he wasn’t going to be able to pick. They were ripe, and decent fruit, but he didn’t have a home for them, and it wasn’t going to be worth picking commercially.

They were anyone’s, he said, if they would make a small donation to Hutt St Centre, a front-line charity for Adelaide’s homeless. We’d both been involved in Hutt St for a few years, and I saw the post and liked the idea.

But then I had this thought – what if we did make it into a wine, a proper wine, and we sold the wine when it was ready, and we donated the proceeds to Hutt St.

I asked Jock if he thought anyone would make the wine, and he said he’d look into it. Three hours later, we had Yangarra making the wine, we had oak barrels being donated, bottling, labels, tractors… the whole community came together to make this a reality, and the Homeless Grapes Project was born.

We hacked together an offer on Vinomofo and put it out to our members – this McLaren Vale shiraz that hadn’t even been picked yet, and wouldn’t be on their doorstep for another year, but the wine sold out overnight. I even met an artist at the airport who did the most incredible sketches using words, not brushstrokes, who offered to turn the story of Norm, one of Hutt St Centre’s clients who got off the streets and turned his life around, into a piece of art that would become the label. 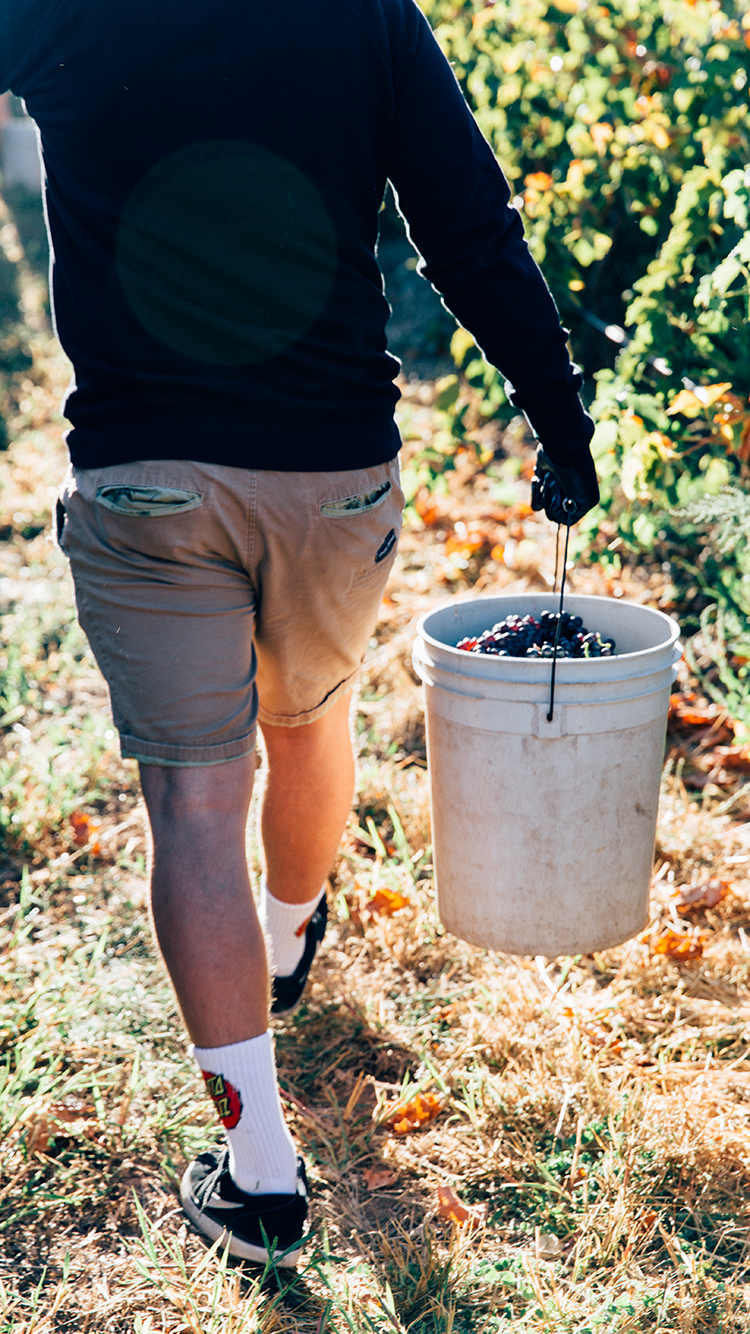 We picked the grapes in an hour, and off they went to be crushed, and made into wine. Though a little ripe, the fruit was good, was the verdict, and the team at Yangarra were excited about the wine they were making.

We were all excited about what had just happened. We knew it was special.

In three days, a Facebook post and some homeless grapes had brought a community together in support of the homeless.

There are over 100,000 people who are homeless in Australia. Many aren’t on the streets, but living in cars with their children, having fled domestic violence. Many are couch-surfing teenagers, being abused by the predators who offer them “safety.” It’s a mental health problem, more than a drugs and alcohol problem, though all and more play a part.

It’s a problem that can only be solved by the community. It takes work, and commitment by the people on the front line, people like Hutt St Centre.

But we can help. We can do things like this that raise the money to help. And we can change our attitudes. Get past our fear, our judgement, and understand that but for circumstances, it could be us, or our families, our kids, our friends.

Together we’ve raised over $100,000 through the Homeless Grapes project so far, and to this day, every cent of proceeds from the wine sales has gone to Hutt St. Everyone has donated every part of the making of the wines.

In 2018, the project went national. Twelve wineries across three regions donated their grapes, time and love to the cause. As we speak, a Yarra Valley chardonnay, McLaren Vale shiraz and Coonawarra cabernet sauvignon are in barrel, with grapes generously donated by De Bortoli, Rochford and Tarrawarra in the Yarra Valley, Inkwell and Penny’s Hill in McLaren Vale, and Patrick of Coonawarra, Hollick, Raidis Estate, Penley, Sam Brand and Redman Wines in Coonawarra. Once sold, that will translate to $200,000. All of which will be donated to frontline homelessness charities across Australia.

In 2019, we're heading to the Hunter Valley for the first time and have teamed up with Brokenwood, Hungerford Hill, Margan, David Hook and De Iuliis to create a beautiful Hunter Valley White Blend with all proceeds going to a local charity to help transform the lives of those experiencing homelessness.

We can see a near future where this is a global project. Wine communities around the world donating their grapes, their time and their love to make beautiful wines in support of their local homeless.

We’re so proud, and so grateful to everyone who makes this possible, especially the people who devote their lives to helping end homelessness. Thank you for your generosity. If you would like to support the Homeless Grapes Project and help transform the lives of those experiencing homelessness, pre-order your Yarra Valley Homeless Grapes Project here with all proceeds going to St Mary's House of Welcome. 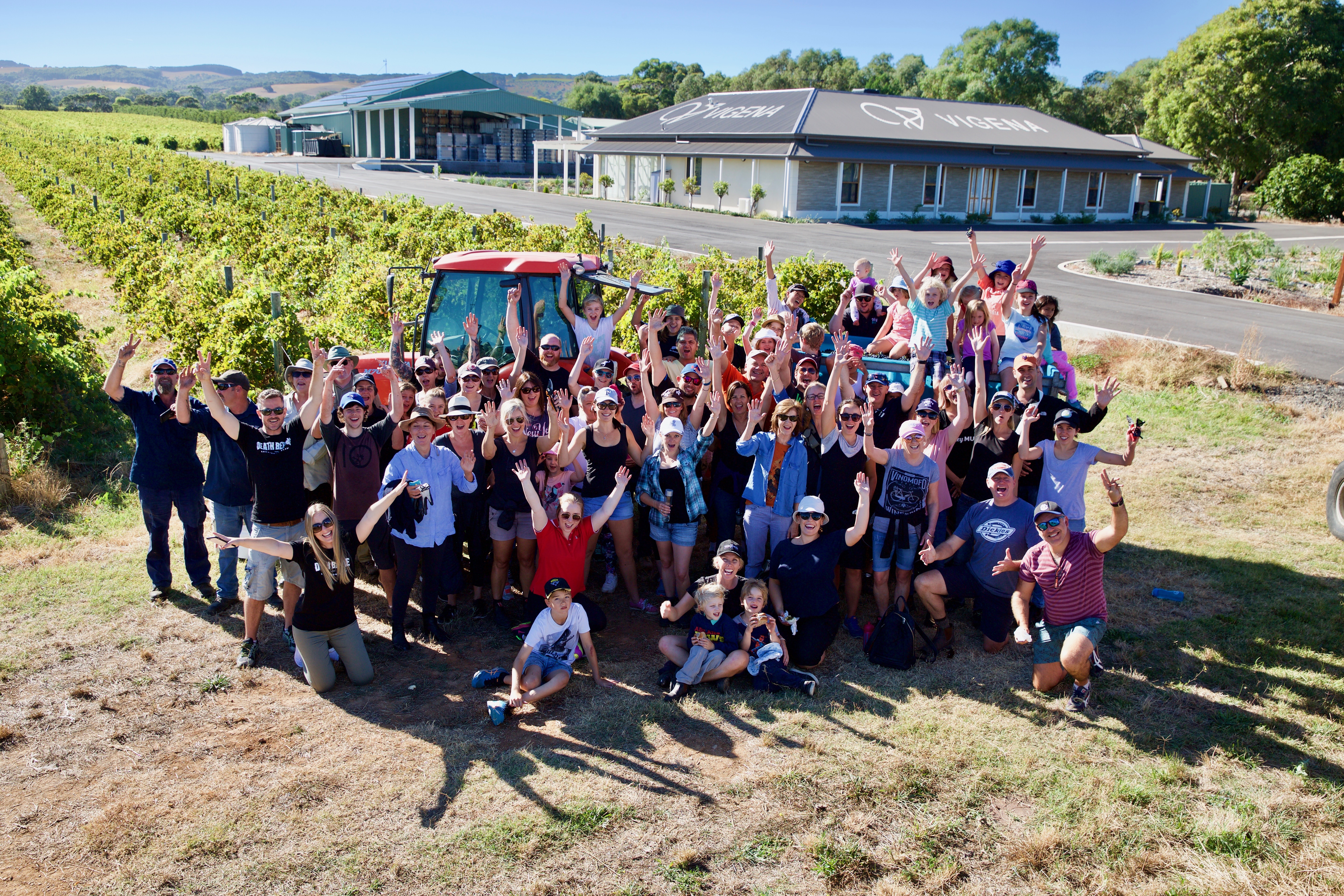