By Vinomofo
over 1 year ago
5 min read

Imagine a life spent hopping between worlds: one ancient, and imbued with history myth and tradition; the other brimming with promise, where vines of infinite potential sit under a sun that crackles with possibility.

This is the life of Julien Schaal and his wife, Sophie. As flying winemakers, they skip, season to season, from their Grand Cru vineyards in wine's 'old world' of Alsace, to South Africa and the 'new world' of wine. When not harvesting or making wine in either place, they’re jetting around to meet buyers and suppliers the world over. It’s necessary when your wines are so in demand. Julien loves it, though. The travel and the adventure, he says, are some of his favourite bits. 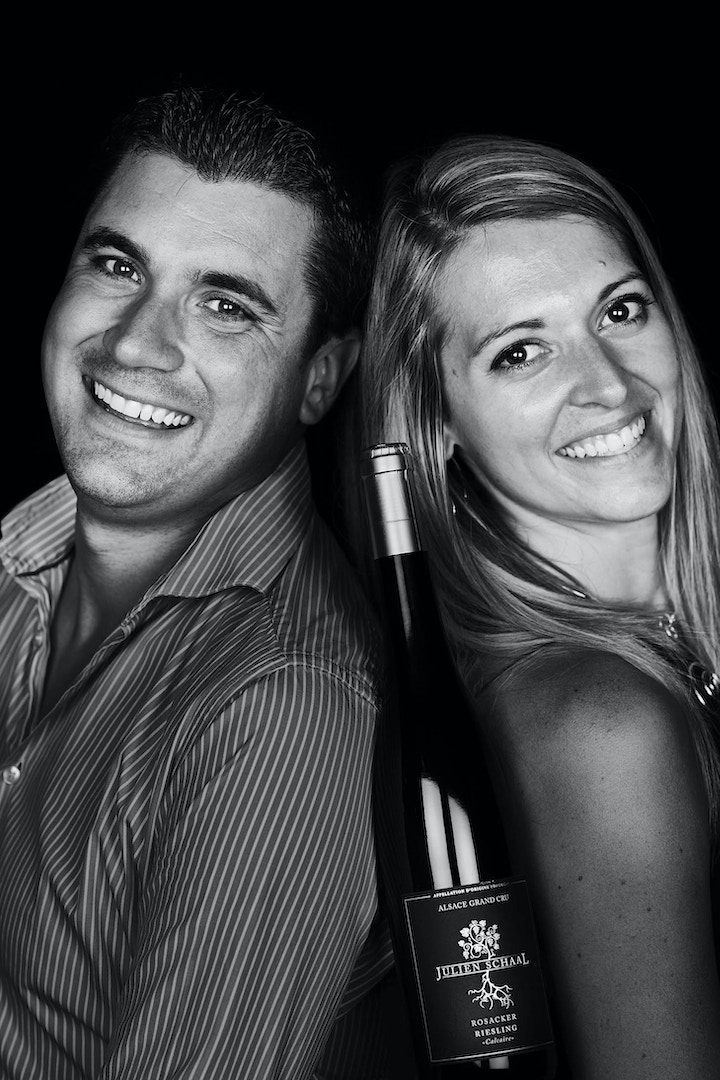 But what compels a winemaker to effectively double his workload and tackle two vintages in a year? Partly, it’s because he can. The seasons are inverted between the northern and southern hemispheres, making this arrangement possible in today’s world of easy travel. But it’s also because both places are well-suited to organic grape growing.

Julien is insistent on making organic wines. When done properly, he says, the grape yields are similar, but the quality in the bottle is massively increased. 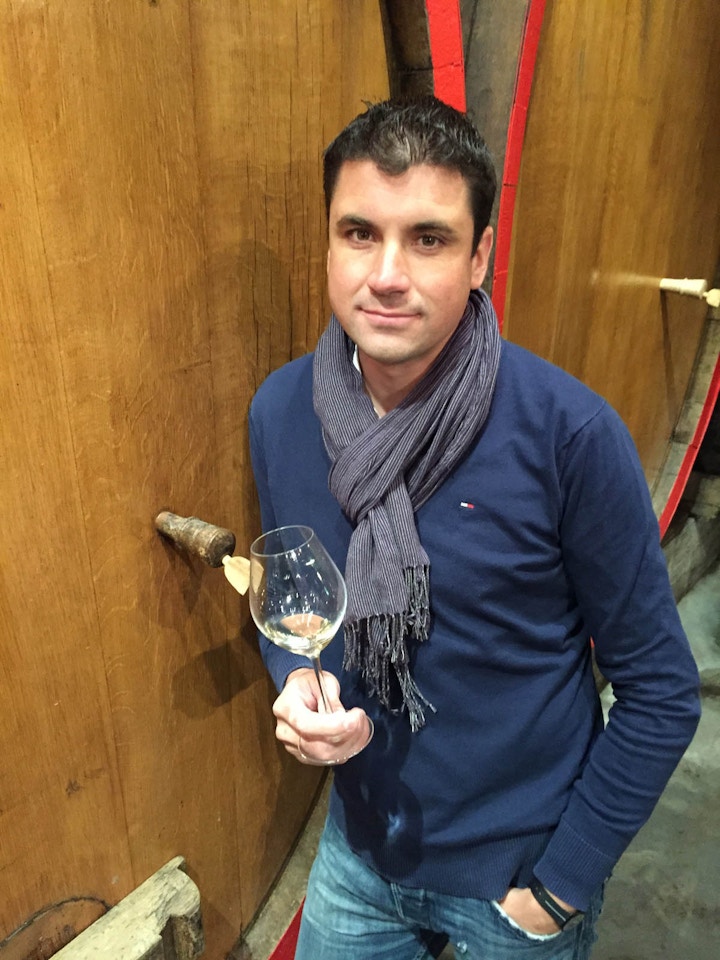 "I remember a time, 15 years ago in Alsace, when the first producers giving organic winemaking a go were highly criticised. Now, 25% of the old region has already seen the light."

He also points out that it’s not a particularly challenging switch to make. In all Julien Schaal wines, for example, he and Sophie use natural fermentation and very little sulphur as standard.

Oddly enough, his winemaking journey didn’t start in his home region, as you might expect, but in South Africa in 2001, at the ripe old age of 21 and with a mere €6,000 to his name.

"Making wine in Elgin is a great adventure," says Julien. "The site is unique, on a top of a mountain, with an altitude of 600-900m. The microclimate is very different to the rest of South Africa. It’s very green, sometimes even looking like Switzerland! The result is grapes with great maturity but good acidity, too."

All these years later, he’s making some truly stunning chardonnay. His 2016 Evidence chardonnay, from a single vineyard in Elgin, is a fantastic example of the level he’s reached. Beyond being a great drink, it manages to open a window to a far-off land in your imagination, and reflect something of its maker’s spirit. It’s a magic balance of complexity and richness, vibrancy and softness [side note: we’re also getting hold of his Mountain Vineyard chardonnay, a blend of fruit from Elgin and his other vineyard in Upper Hemel-em-Aarde Valley (which aptly translates to ‘heaven on earth’), for an inexpensive introduction to his wines and South African chardonnay in general].

Back in Alsace, the place has a whole different feel. Chardonnay isn’t native to the region; there, he makes riesling (and the odd pinot gris). This is a land of tradition, where winemaking isn’t a lifestyle choice – it’s life itself. Wine grapes have been grown in Alsace for over two millennia. It’s not uncommon for families to have winemaking history that spans centuries. Julien, perhaps surprisingly, isn’t from a long line of vignerons. But he can’t help having the region’s history in the forefront of his mind every day he spends there.

"I have a vineyard that was planted in 1945, the Rosacker Grand Cru. Back in those days, Alsace had been destroyed by the 2nd World War, and there were surely more important things to do than planting a new vineyard!" 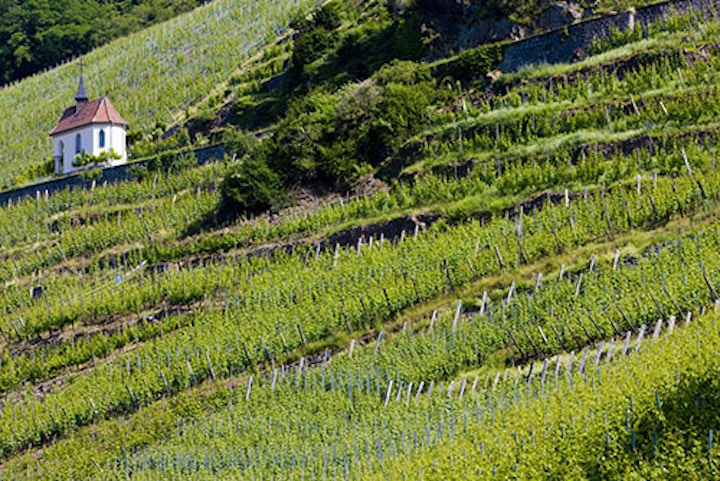 "But passion and heritage pushed them to find the energy to do it. I believe this is amazing. All the other Alsatian Grands Crus have been well-known since the middle ages and that’s also super exciting.”

Not one to sit on his laurels, a new adventure is coming in May for Julien. But this one’s not wine. Sophie, his wife and winemaking partner, is pregnant. For the time being, they’re just going to keep making the same wonderful wines they do now. Then who knows what the future holds? 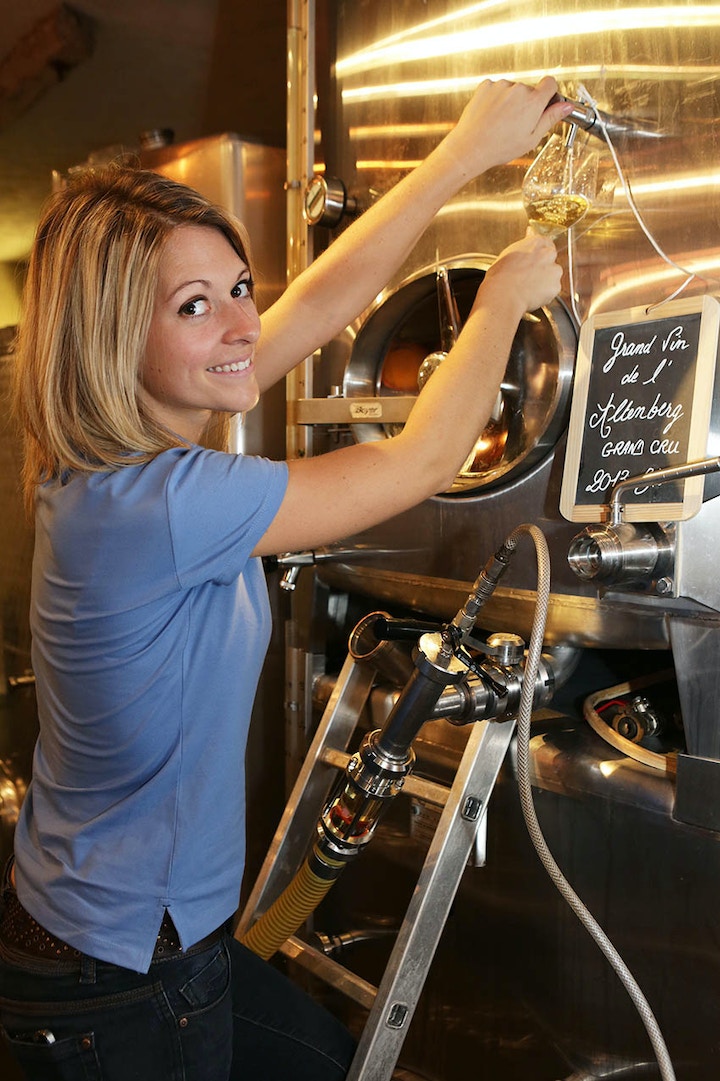 Wine will definitely play an important part in the growing Schaal family, and whether or not the next generation decides to follow in their parents’ footsteps, we have no doubt they’ll grow up loving the good stuff. Wine means so much more to Julien and Sophie than a product, a drink, or even a livelihood. Julien sent us a quote that used to sit on the back label of his wines about a decade ago.

"It is not how fast time moves, it's the distance

It’s not the answer, it's the question

It’s not the sorrow, it's the lesson

It’s not how we die, it's the life we are living

It’s not the wine, it’s the moment you are enjoying."

It sums the feeling up quite beautifully. Here's to adventurous spirits like the Schaals, and to the moment you're enjoying.