By Charley May
about 5 years ago
7 min read

After a truly boutique wine experience? Head to Beechworth. Here you’ll find some of the most humble and hardworking wine folk willing to show you first hand the heartache and joy involved in making small batches of incredible vino. It ain’t glamorous and you’ll have to book appointments to arrange tastings, but it’s worth it because this region is as real as it gets when it comes to soul-stirring wine.

We took to Airbnb and found ourselves a cosy little cottage just outside the centre of town. With a modern, spacious kitchen, an open fire and a veranda overlooking a little creek, it was the perfect place to cook, drink and recuperate in. Note: hot water bottles ain’t got sh*t on finding those electric blankets at 3am. 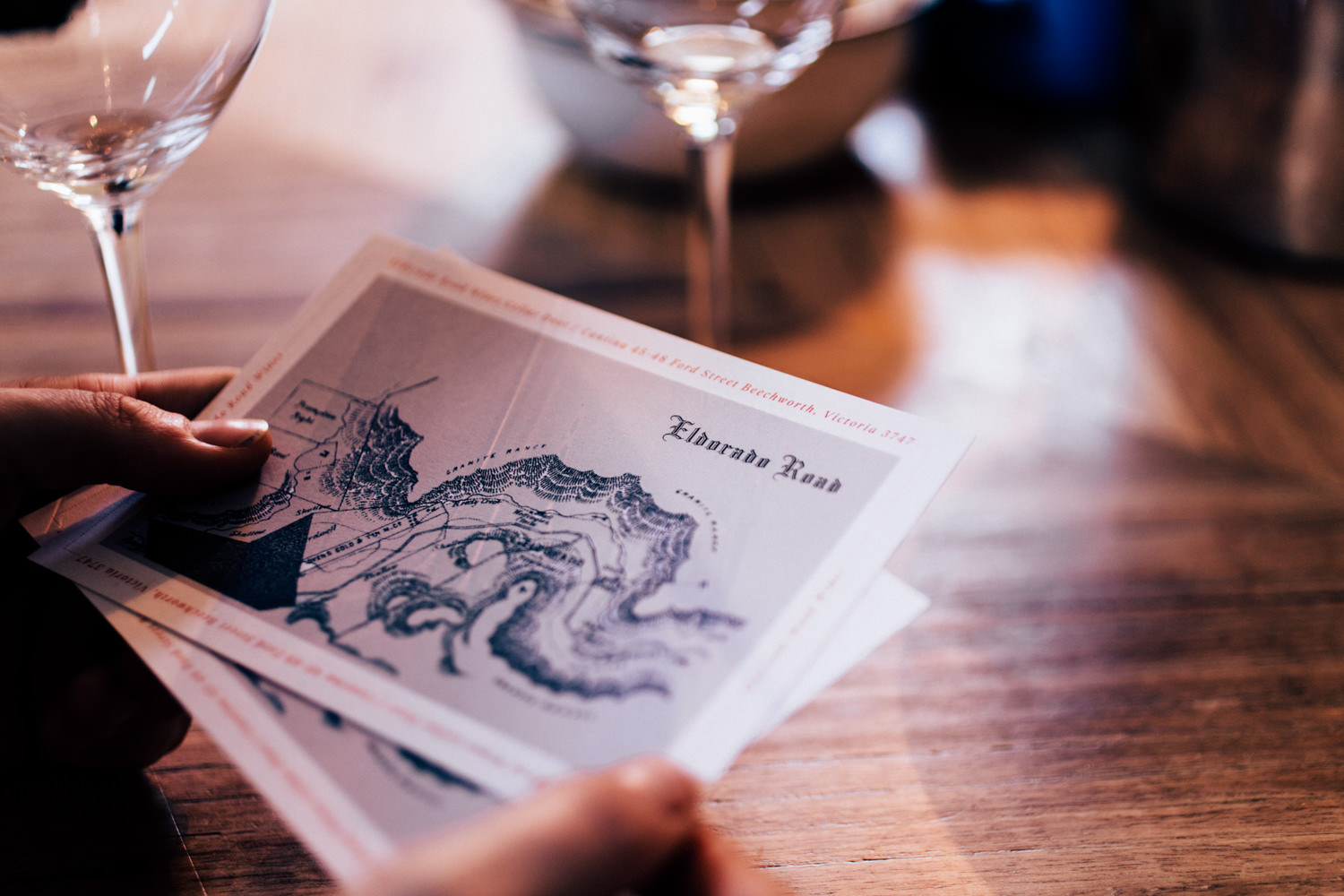 A small flight of stairs leads down to a little courtyard and tiny tasting room. Here, you’ll be greeted with open arms by the affable owner Bear (aka Paul), a crackling fire and the sounds of Bear’s vinyl. 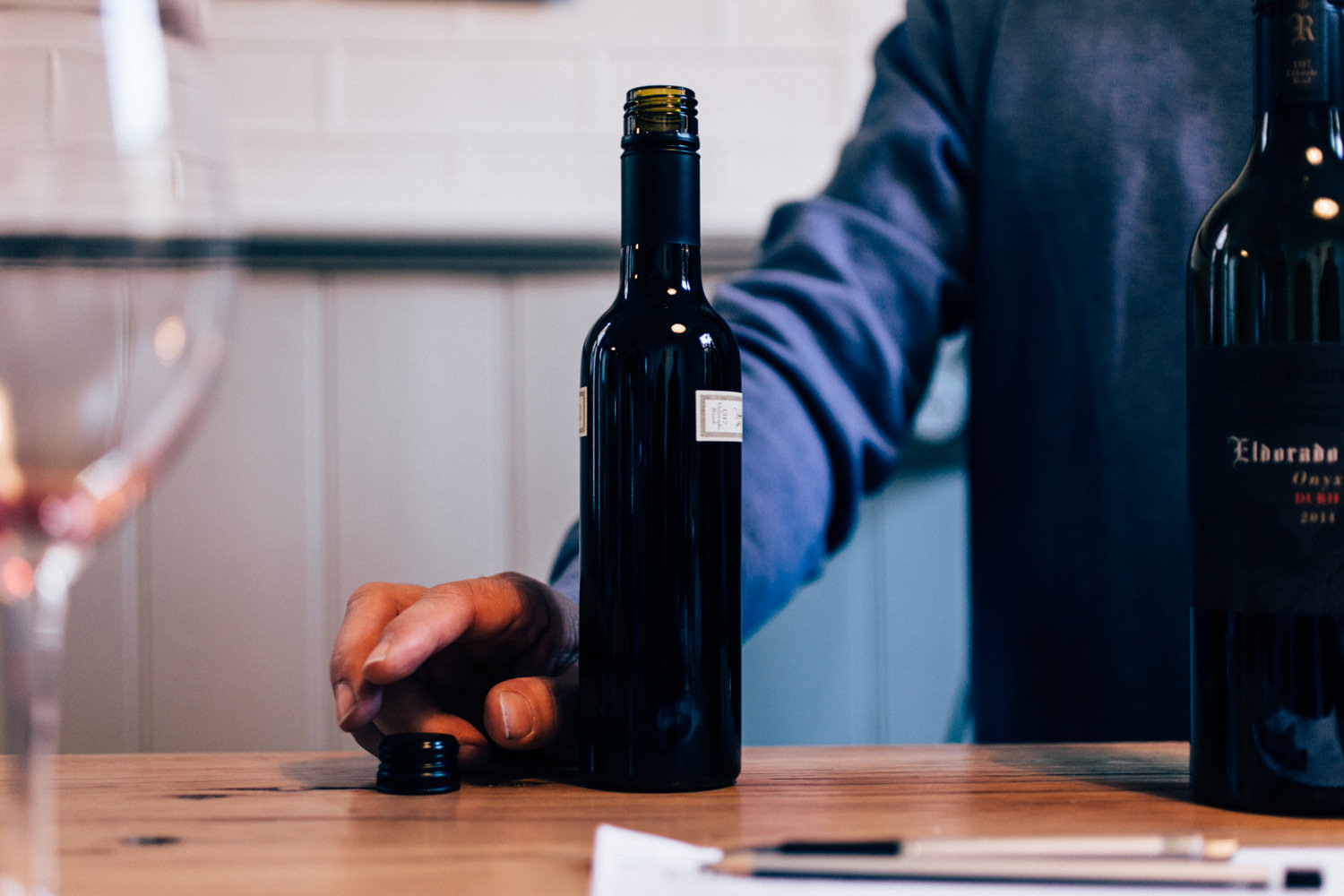 His family lease a small vineyard in a little hamlet called Eldorado, just outside of Beechworth, that dates back to the 1890s. It’s famous for the Persévérance 2014 Old Vine Shiraz and I can confirm that it’s as rich and complex as the French history that underpins its brilliance. Bear can fill you in on all the details when you see him, but you should also around the Nero D’Avola before you leave. A bright, vibrant, fruit-forward vino, it would get a double thumbs up from us if we weren’t already clutching our wine glasses in ecstasy. FYI: it’s also BYO food and there just so happens to be a cheese shop next door. ‘Nuff said. 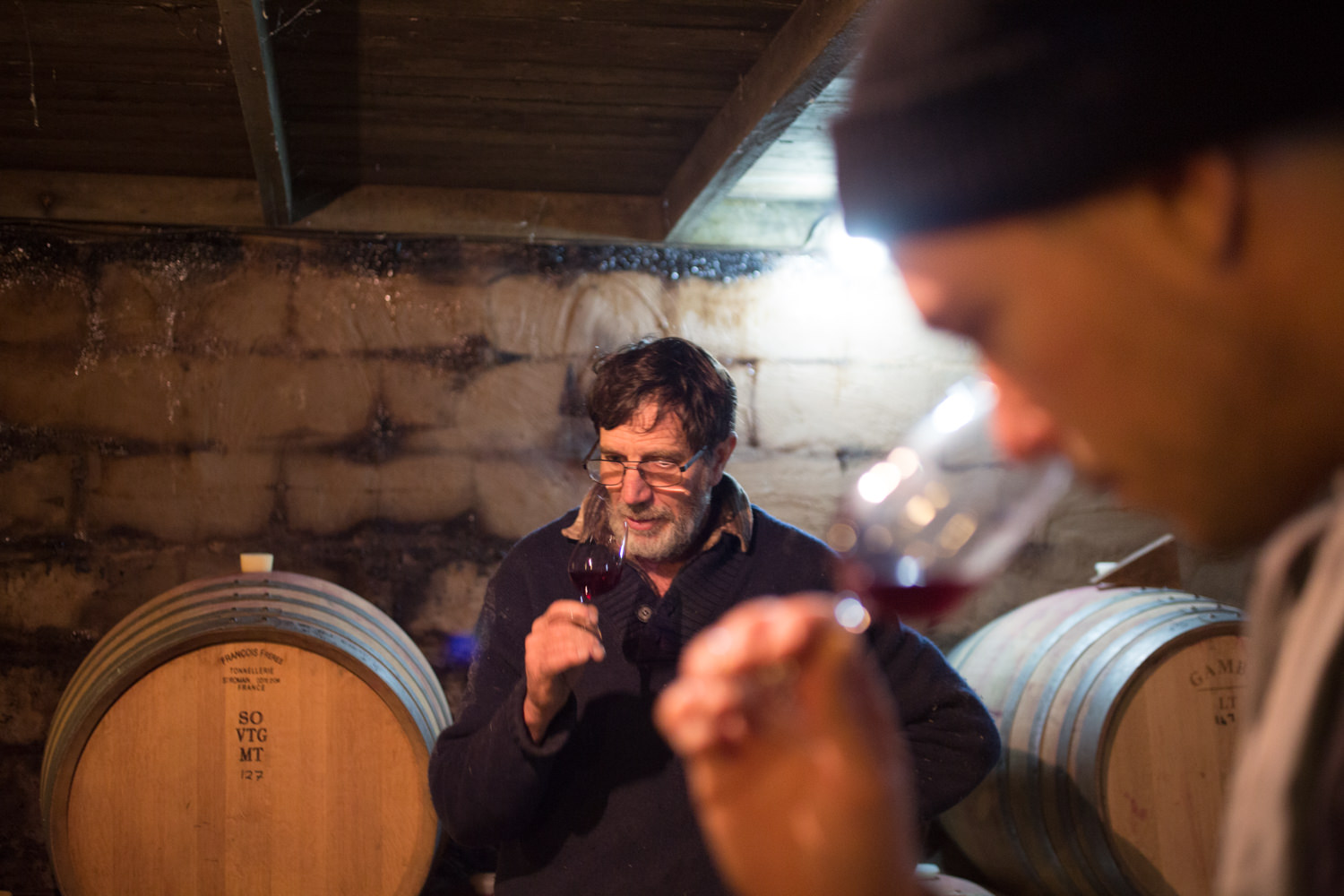 This place is the home of Australia’s best gamay. This Burgundian grape is usually overshadowed by its more famous relative, pinot noir, but it’s the star of the show at Sorrenberg thanks to Barry and Jan Morey.

These guys are humble and fearless. I mean, it takes guts to bounce back from losing all their crop to frost in 2007. But what’s truly inspiring about this story was that Barry taught himself how to make biodiesel during this tough time. He figured reducing his reliance on fossil fuel was better than moping around and he now runs his farm vehicles on old chip fat. Respect. They’ve since installed a frost fan to stop things getting icy. 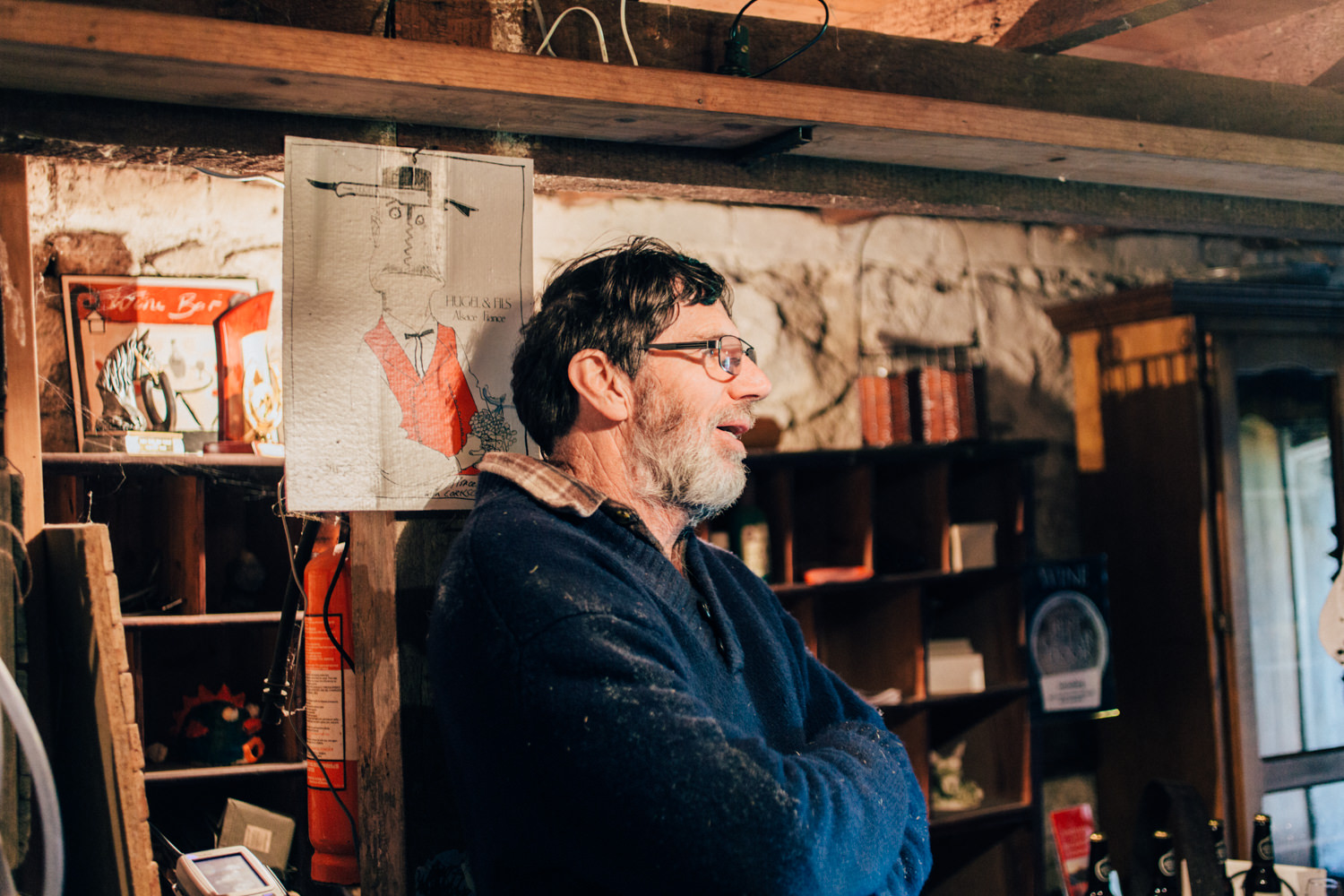 The wines are equally inspiring and tasting them feels like a real privilege given the blood, sweat and tears that’s gone into making such tiny quantities. The gamay’s lavender and violet scents and bright palate are mind-blowing, while the sauvignon-semillon was an unexpected, delicious surprise.

Walking into their rustic cellar, dodging the cobwebs and inhaling aromas of wine-soaked oak was a vinous experience I’ll never forget. And neither will you. 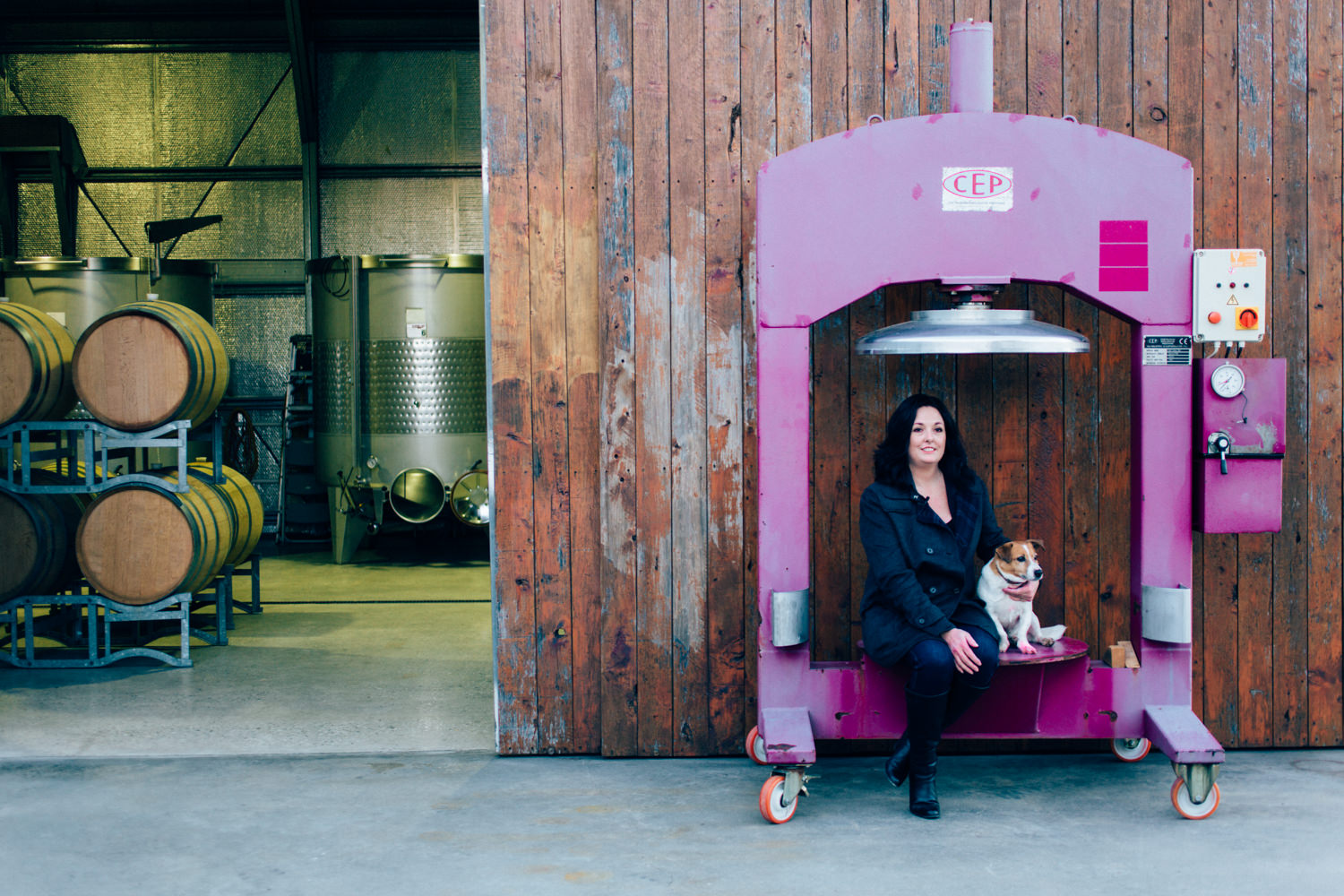 Expect star treatment at Star Lane because owners Brett and Liz Barnes take hospitality to the next level. Seriously, they got in a bloody chopper and whizzed us around the vineyard. This was an exclusive resident mofo treat that isn’t open to the public (perk of the job, soz guys), but don’t sulk ‘cause you’ll be welcomed into the cellar door like a long lost relative.

Their setup looks quite modern compared to the other producers we visited, but like their regional peers, everything is handmade and the vino is awesome. Winemaker Liz is a boss and she only makes red wine with merlot, syrah and nebbiolo being standouts. Thanks to a few hot tips from legendary Giaconda winemaker Rick Kinzbrunner, she turns fruit into bottles of magic and her timber industry heritage has inspired her to do some pretty funky stuff with wood, like crafting Australia’s first red gum matured syrah. 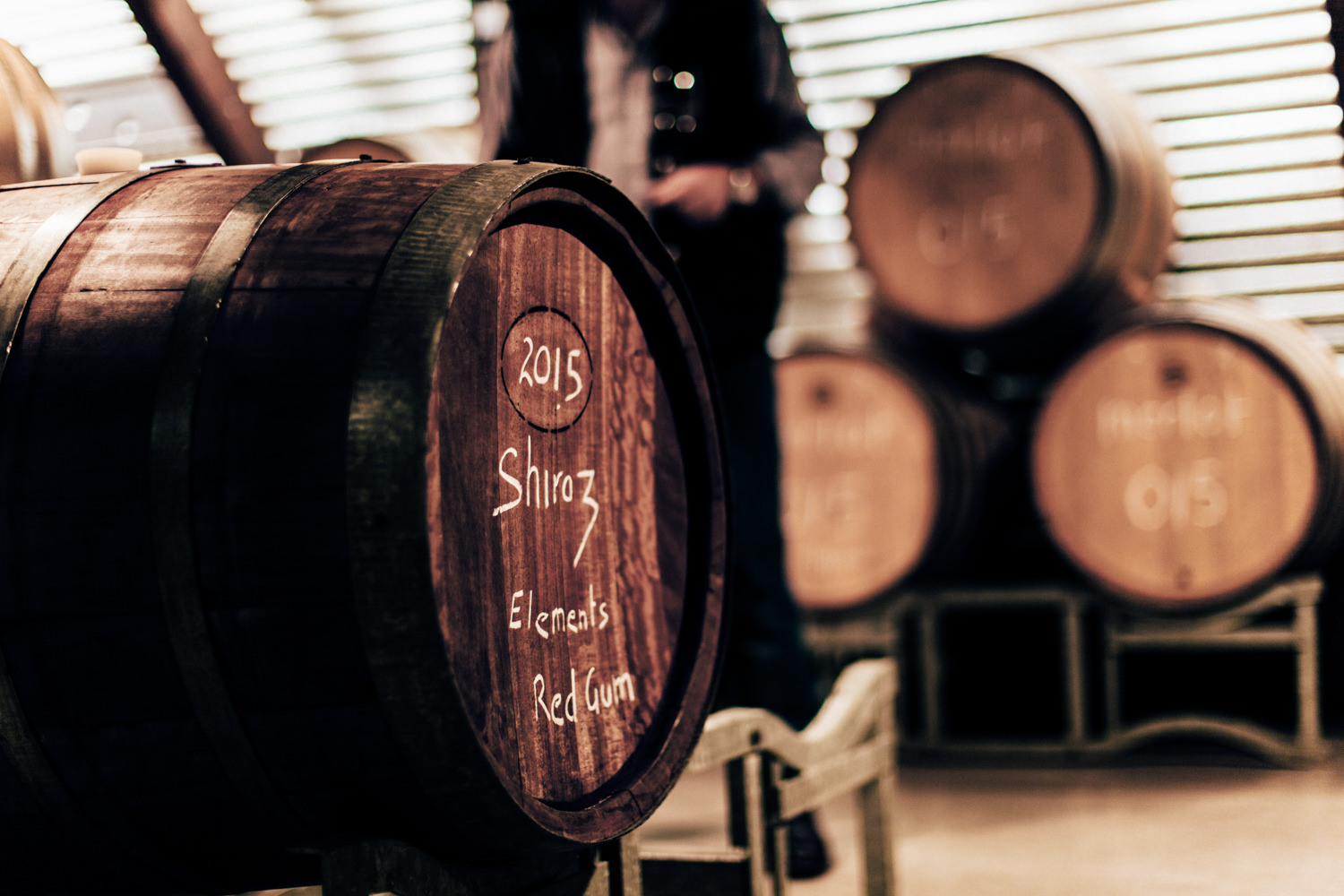 Ten years in the making, this project proves that other wood has a place in the industry. They’ve nailed the moisture content of the Red Gum barrels after numerous trials, so that it lends subtle eucalypt notes and an incredible elegance to the wine. They produce one barrel of this special release Elements Shiraz a year and we felt like VIPs tasting it. Plus you know, the chopper.

These guys also offer picnic baskets to enjoy on the grounds, so throw a blanket on the grass, grab yourself a glass and keep an eye on the sky for a bunch of thirsty mofos in a chopper. 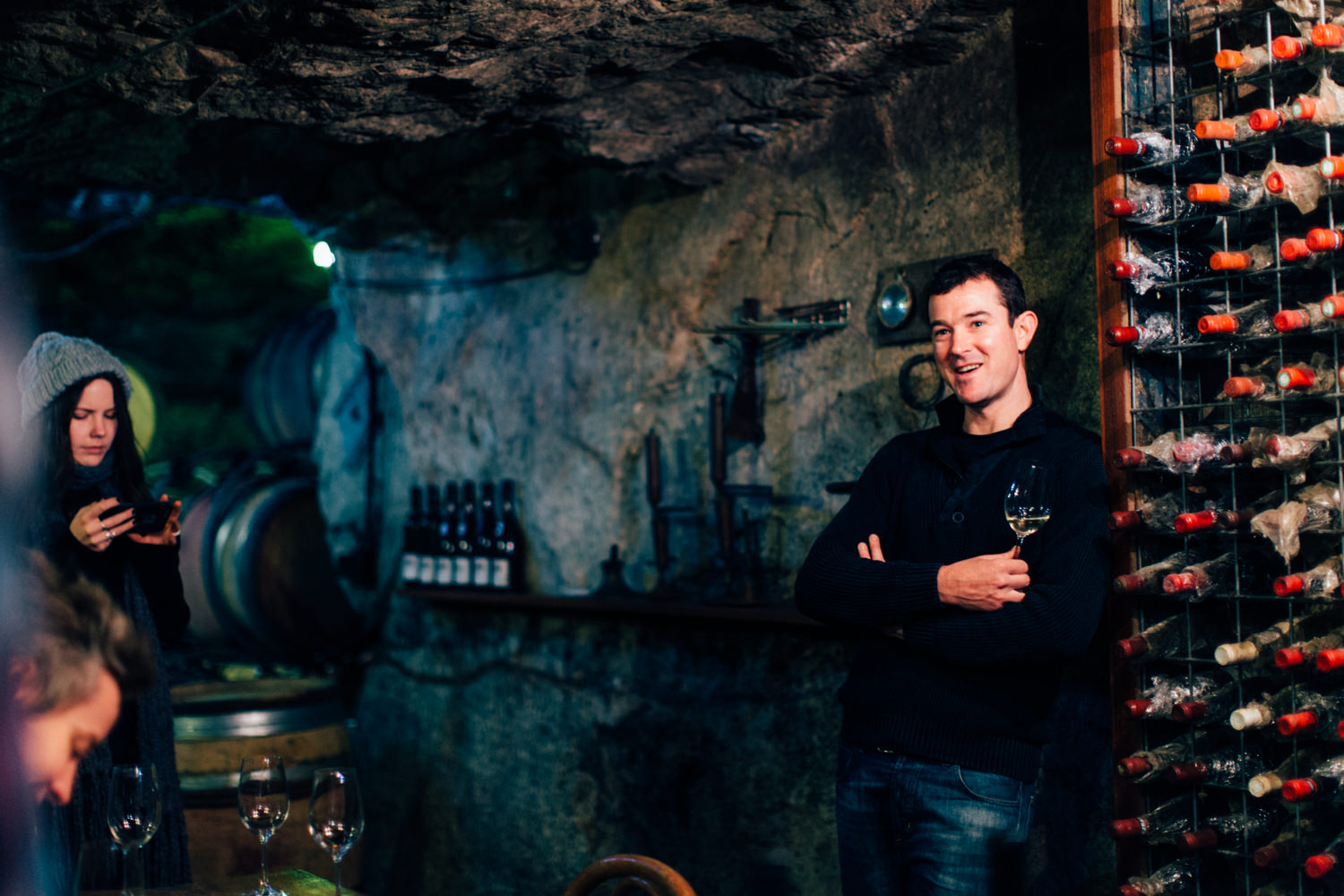 Some Aussie producers need no introduction and Giaconda is one of them. They’re absolute legends and have a cult following that sees them sell out whole vintages in a matter of hours. Getting hold of their small batch vino is near impossible. Their Estate chardy and Warner Vineyard shiraz are iconic, and tastings are usually only open to existing customers, so securing an appointment here is one of my greatest scores.

The founder and international winemaking genius, Rick Kinzbrunner, was away in France, so his son Nathan led a behind the scenes tour. This involved a journey into a remarkable underground wine cave that was blown out of solid granite. Inside lay vinous gold born out of exceptional soils, hand-picked fruit, natural fermentation, basket pressing and two years maturation in the finest French oak at the perfect temperature and humidity.

The fruit character, depth, complexity, elegance and taste of the chardonnay and shiraz still linger on my palate. It may sound crazy, but I was actually moved by the epicness of these wines.

Before we left, Nathan gave us a sneaky peak of some soon to be released nebbiolo. While it’s still early days, watch this space because it’s all kinds of special. 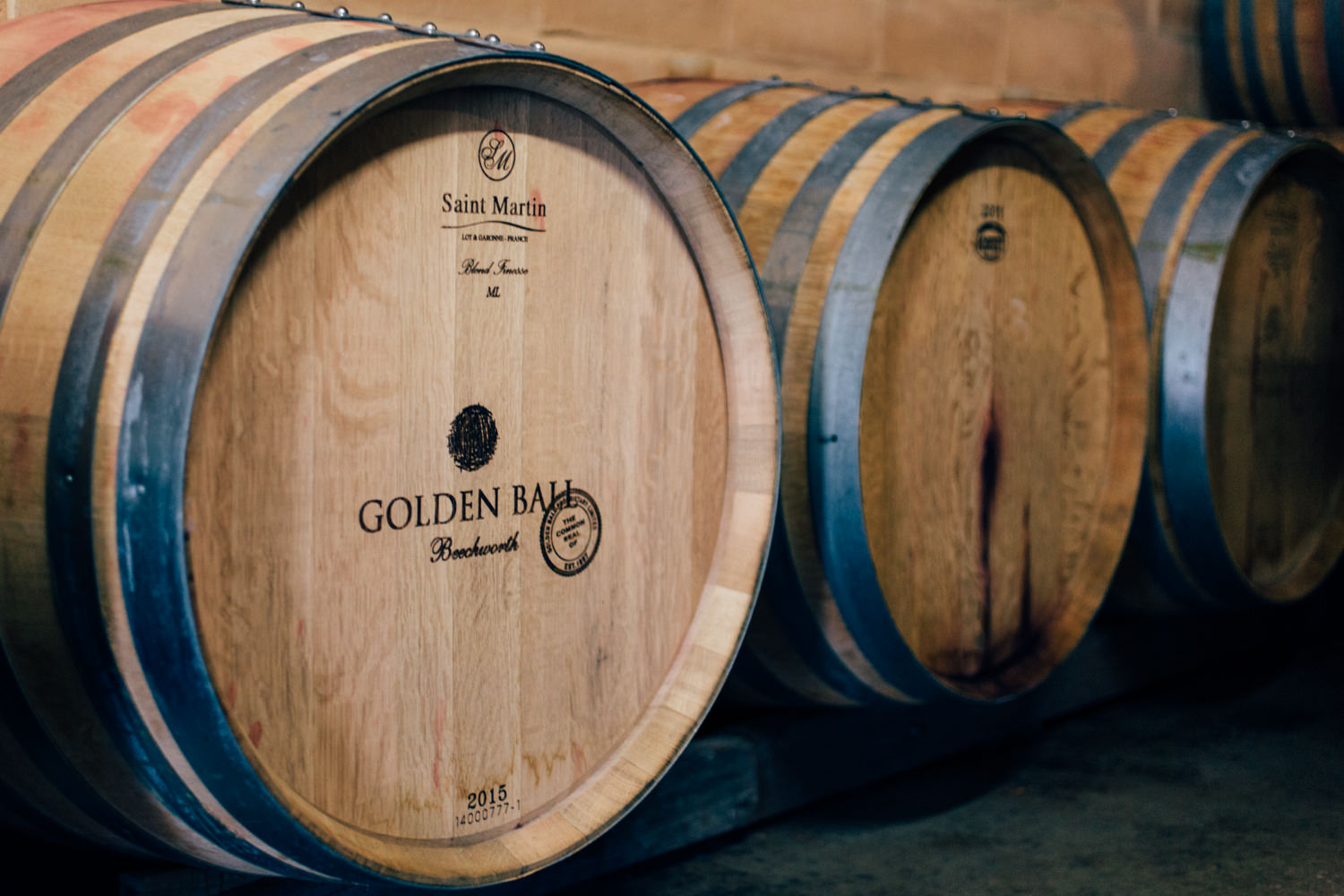 Owner James McLaurin is as determined as the hardy vines that grow in the estate’s tough terrain. It’s this struggle that creates the intensely flavoured wines that the country’s top restaurants clamour over.

The lines on James’s face and callouses on his hands are testament to the work he puts into his wines. He’s passionate about his work, and generates his own solar power, grows organic fruit and seeks out an impressive selection of French oak to build complexity in his vinos.

There’s a reason why Golden Ball is on the Australia’s best wine lists, you’ll find the answer in the bottom of your glass.

Where to go when you’re all wined out

Sometimes a cold beer is the only palate cleanser that’ll freshen you up after a load of wine. Introducing the Beechworth Brewery: their craft beers and pizza will provide the energy needed for your next adventure. It’s a kid friendly place, with a cool little outdoor playground, a spacious courtyard and an inviting tasting room. The choice of brews will make your head spin in every way possible. 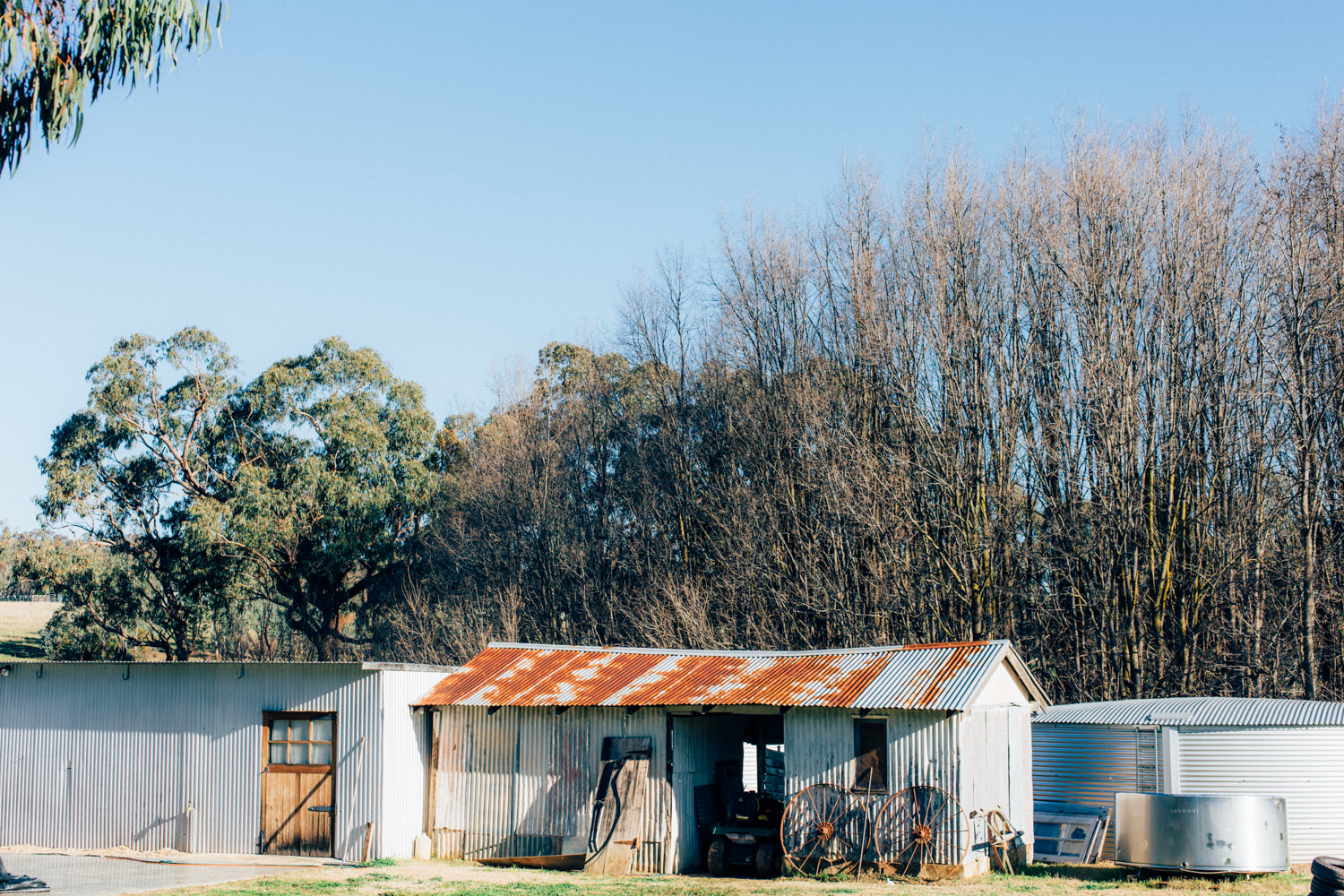 Where to go after dark

Who knew that hanging out in an old asylum and chasing ghosts could be such fun. Between the teenagers psyching themselves out and our tour guide’s botched dramatic pauses, the Beechworth Asylum Ghost Tour generated more laughs than screams. However, beyond paranormal activity, you’ll see extraordinary building and learn a few shocking facts about how easy it was to be committed back in the day. Keep your eye out for local haunt Matron Sharpe, she likes to walk into walls (and that’s before she’s had any wine).

We out mofos. Catchya in Beechworth.