The wine you'll like based on the beer you love

Although wine and beer belong to the same delicious world of fermented fun, they're often weirdly seen as mutually exclusive. If you're a 'beer sort of person' then you just haven't found the right wine yet. Wine and beer actually share some pretty key similarities, and we use a lot of the same terms and descriptors to talk about them both – full body, citrusy aromas, floral, complex... sound familiar? And as the saying goes, it takes a lot of good beer to make good wine.

So if you’re a beer drinker who thinks they don’t like wine, then saddle up for some good news: you’ve got a whole new world to explore, and we’re here to guide you into the light (and the dark, if you’re into those kinds of brews). Here’s where to begin, based on your beer of choice.

The less intense brother of the zeitgeisty India pale ale (IPA), pale ales tend to have foreground hops in a more approachable way and balance them with medium bodies, clean lines of bright citrus, and a refreshing crispness that qualifies them as bonafide thirst-quenchers. 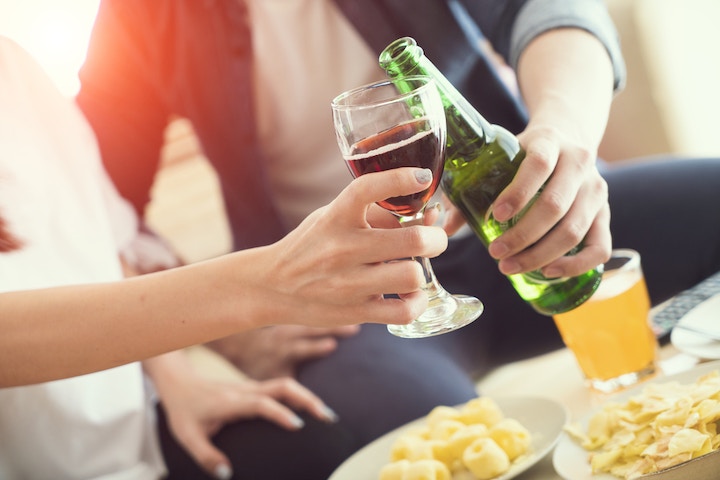 Pale ale is relatively light, crisp, and dry, with juicy citrus undertones... Sounds like a grigio to us. A prolific Italian varietal, pinot grigio offers all sorts of grapefruit and citrus peel on the nose, with a steely, dry-and-crisp demeanour that pale ale devotees will adore.

Have a crack at grenache, maybe an old vine McLaren Vale number if you can – they can be incredible value for money. Not only that, but they'll have that darkness of character thanks to the variety's tannin, without the heft of a bigger red like shiraz or cabernet.

IPAs have become a punching bag of sorts for people who don’t care for craft beer – but if you’re a fan, it’s safe to say you enjoy being slapped around the face with flavour. The India pale ale is famous (or infamous, depending on your tastes) for its explosive hoppy bitterness, deep and concentrated hits of notes such as resin and citrus, and slightly oily mouthfeel.

We’d go with a bone-dry riesling. Think rieslings always have to be sweet? Think again. Most Aussie options these days are bone dry, and are about as zingy, electric, flavourful, and punchy as it gets — all qualities the IPA aficionado appreciates.

As an IPA lover, chances are you've got a high threshold to bitterness, meaning you can handle a bit more dark, brooding tannin in your red vino. So find a nebbiolo – something from Piedmont if you can – and never look back. 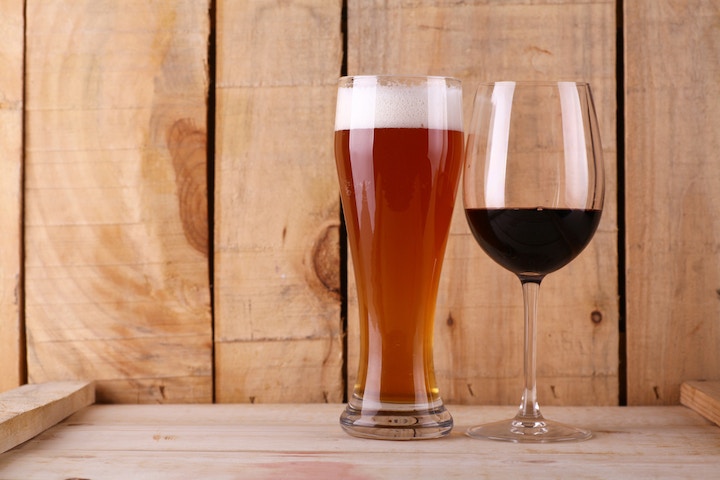 Nowadays, these two dark beers are virtually indistinguishable, which is why we’ve grouped them together here (before the beer purist peanut gallery pipes up: we’re still providing wine suggestions for each style!). But just for a quick history lesson: porters, originally, were the lighter and less alcoholic of the two. ‘Stout porters’ (or ‘stouts’ for short), on the other hand, traditionally settled higher on the alcohol scale and offered more malt and bitterness in place of the sweetness of porters.

The two are so similar that the vast majority of casual beer drinkers can’t tell them apart (and many brewers these days consider the names nearly synonymous), but the original flavour and aromatic differences still stand.

Porters tend to meld toasty and fruity with smooth and sweet, while stouts bring the rich-and-roasty coffee and chocolate notes out to play.

People with a penchant for porter should check out orange wines. This left-of-centre choice should align with your already edge-dwelling bent, and gives you dryness, character, spice, charm and variation aplenty to explore.

Porter lovers should dip their toes into the zinfandel (aka primitivo) pool. This red exhibits the same sorts of rich, fruity-spicy-savoury combinations evident in porters, with jammy and syrupy notes of raspberry and plum contrasted by spice-cupboard sweetness.

For stout supporters, on the other hand, check out rich, buttery chardonnay. Try one from Napa if you can, or jump on any Meursault (i.e. big white Burgundy) you find. You'll dig the vanilla-nougat notes from barrel fermentation. Closer to home, try the best chardy you can afford from Beechworth or Margaret River. It's not our fault you've got expensive taste.

A classic malbec, with its hints of smoky espresso and dense milk chocolate, as well as its plush, soft centre, should do the trick.

The most popular type of lager, pilsners show off a bit more in the flavour department than their lagerian brethren. A little spicy and a lot refreshing, they’re crisp and complex in the malt department, with a focus on floral hops rather than citrus.

You pils people should hop on the grüner veltliner train. Known particularly for their spiciness (we’re talking peppery goodness by the bucket), grüners are light, lean, green, and crisp — right up pilsner alley. 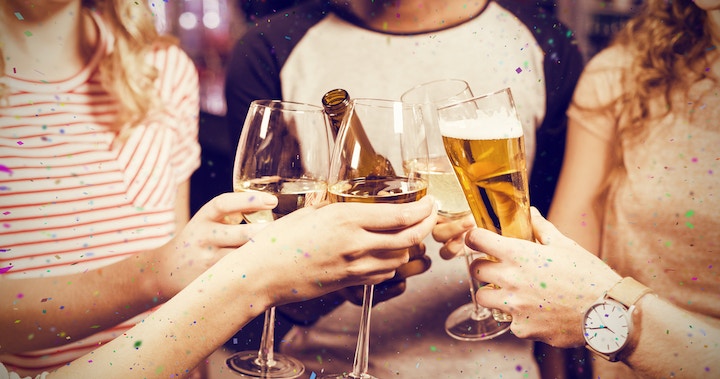 With its clean, floral vibes and earthy spice, it makes sense to stick with Austrian goodness and get on some blaufränkisch. It's picking up pace as a slightly deeper, slightly more mellow alternative to bouncy, always-on pinot noir.

Wheat beers pretty much taste like exactly what their name implies: slightly sweet, slightly malty wheat. Some differences exist amongst the three main categories – Belgians, hefeweizens, and American wheat – but for the most part, these brews combine fruity notes (orange and banana) with pleasant hints of spice (nutmeg, clove) for draughts that sort of taste like the liquid embodiment of autumn.

Gewürztraminer is a surefire win for wheat beer disciples. Aromatic and deeply fruity with luscious notes of honey and the same spices prevalent in wheat beers, gewürz will hop on your go-to list after the first gulp.

Gamay, and more specifically, Beaujolais, rolls the variety's red-fruited goodness up in uber-fresh strawberry, banana and spice. For a silky-smooth wheat beer alternate on a cold day, look no further. Got no gamay? Fresh, young pinot noir will do in a pinch.

This one’s a no-brainer. The wild child of the beer bunch, sours are perhaps the easiest brews to translate directly to wine, as they’re crafted using wild yeast... 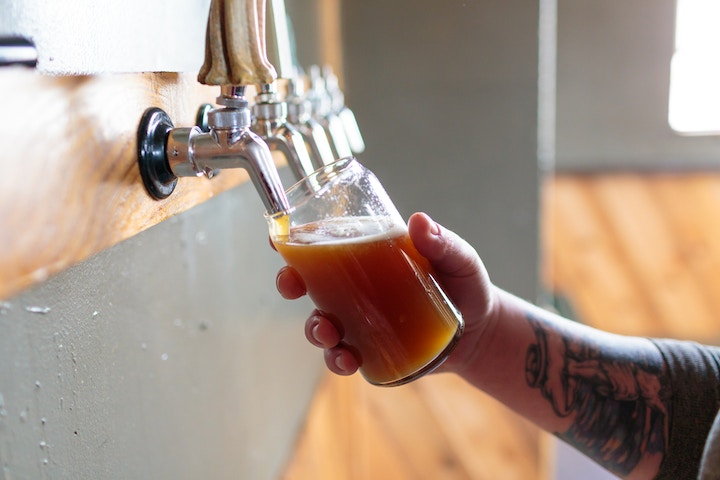 ...just like the wine kingdom’s pétillant-naturel. French for ‘naturally sparkling,’ pétillant-naturel (often abbreviated to pet-nat) is a style of wine that’s funky, fun, unique, and rustic, just like a good sour. It does tend to come and go though, so if you're struggling to find one, give a good Prosecco a crack.

Keep it natural, mofo. With a plethora of styles to explore, there's less varietal character with natural wines, but no less character! Just look for the red with the funky label and the cloudy-looking liquid. Also matches well with that fixie and those tatts you already had, you sour beer-drinking mofo, you.

Bottoms up, beer lovers, and cheers to finding the wine that suits you best! I think this is the beginning of a beautiful friendship.