A toast to Aussie pinot noir

By David Brookes
over 4 years ago
5 min read

Is Australian pinot noir the ultimate utility beverage for our antipodean lifestyle? I think there’s a pretty strong argument that can be built to support this hypothesis.

Let’s take a step backwards for a moment. The spiritual home of pinot noir is in Burgundy, France. In fact, old mate Columella, possibly the world’s first wine critic and one who gazetted many early works on agriculture in Roman times, describes a grape that sounds suspiciously like pinot noir in Burgundy during the 1st century BCE in his tome ‘De Re Rustica’. It’s to Burgundy that we turn for grape inspiration when we think of pinot noir and some of the world’s best examples... and most expensive, hail from the gentle, limestone-rich slopes of the Côte-d’Or.

What makes it different?

It is a grape variety, perhaps like no other, that inspires the vigneron on a constant journey to achieve greatness. It doesn’t make life easy. It’s pernickety in the vineyard and is sensitive to wind, frost, cropping levels, soil types and pruning techniques. It’s thin skin makes it susceptible to bunch rot, powdery mildew and similar fungal diseases. Over time it has a proclivity to mutate and throw down some funky pinot shapes, and clonal diversity isn’t exactly a problem with over 50 different clones officially recognised in France compared to only 25 of the much more widely planted cabernet sauvignon.

But, the noble pinot noir grape is generally considered to be one of the finest transmitters of terroir around, that wonderful character that manifests in a wine glass and says that this particular wine comes from a particular place and that particular place only. It is a sense of somewhere-ness.

In Australia, we do particularly well for regions that do the pinot noir thing with aplomb. It certainly likes the cooler regions. In Victoria you will find stellar examples from Beechworth, Mornington, Yarra Valley, Gippsland, Macedon, Geelong and the Bellarine Peninsula. Tasmania in particular seems to be hitting its straps with tremendous wines coming out of the Tamar, Pipers River and Coal River Valley. And over in South Australia, the Adelaide Hills has the ideal conditions for some of the countries best renditions of the grape, and around Canberra, Orange and Margaret River we are beginning to see promising signs of pinot noir greatness. 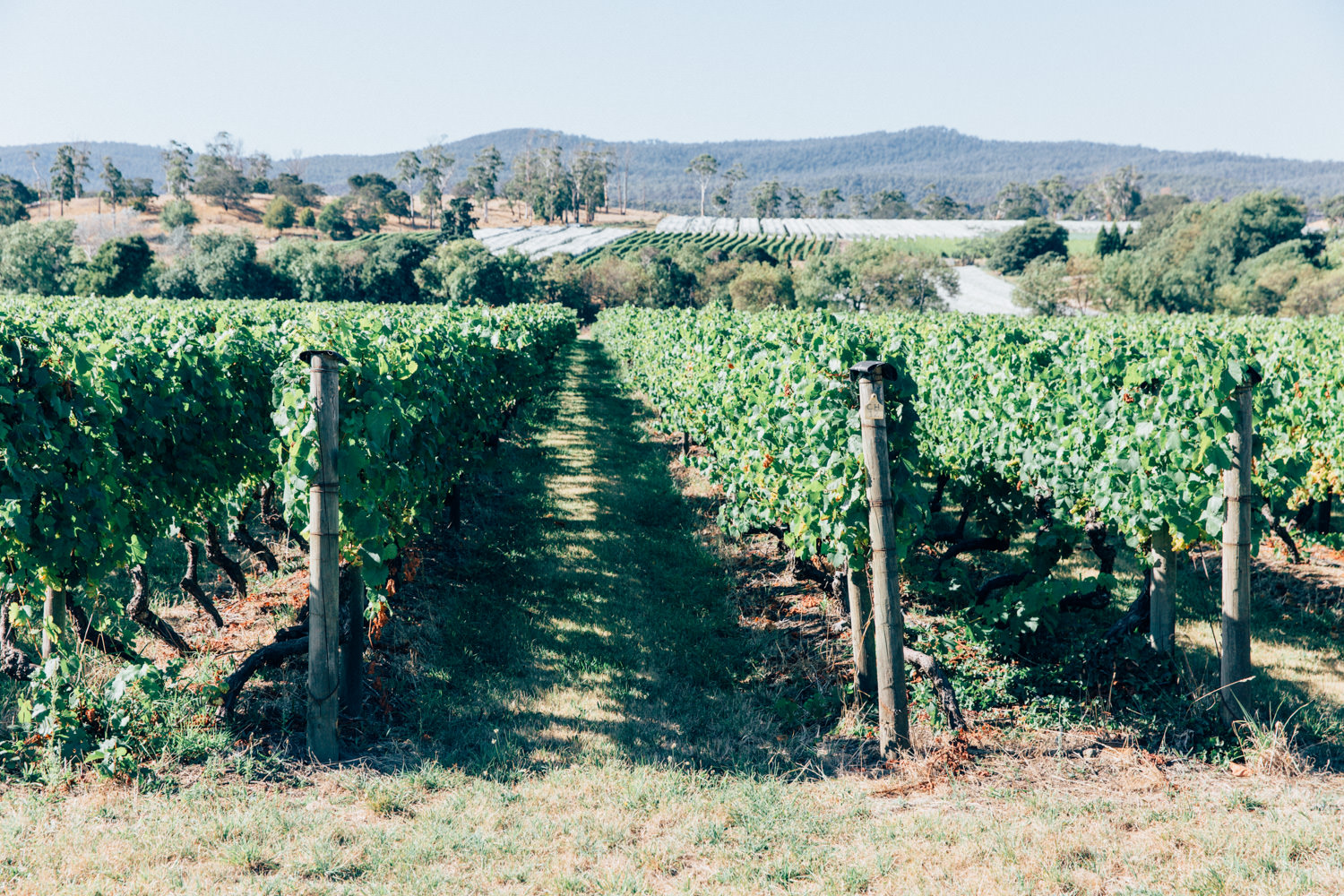 Of course, it is planted in other regions around Australia, but it’s really the wines from the temperate climates listed above that stand out above the pack.

For me, I like to think that the grape displays autumnal aromas and flavours. Sure there are those beautiful ripe cherry, strawberry and berry fruit characters but lying underneath that layer of fruit is something darker and alluring. Notes of leaf litter and forest floor. Quite often mushroomy hints and sometimes gamey notes akin to roast duck or wild game. All pretty sexy smelling stuff.

It’s generally lighter in colour, light to medium-bodied and certainly lighter in the tannin department. It’ll take a chill too. Don’t be afraid to pop that bottle of pinot noir into the fridge if you are drinking during the warmer months. Not too long. Thirty minutes or so will do, just to take the edge off and to be honest, we tend to drink a lot of of reds a bit warm as it is. 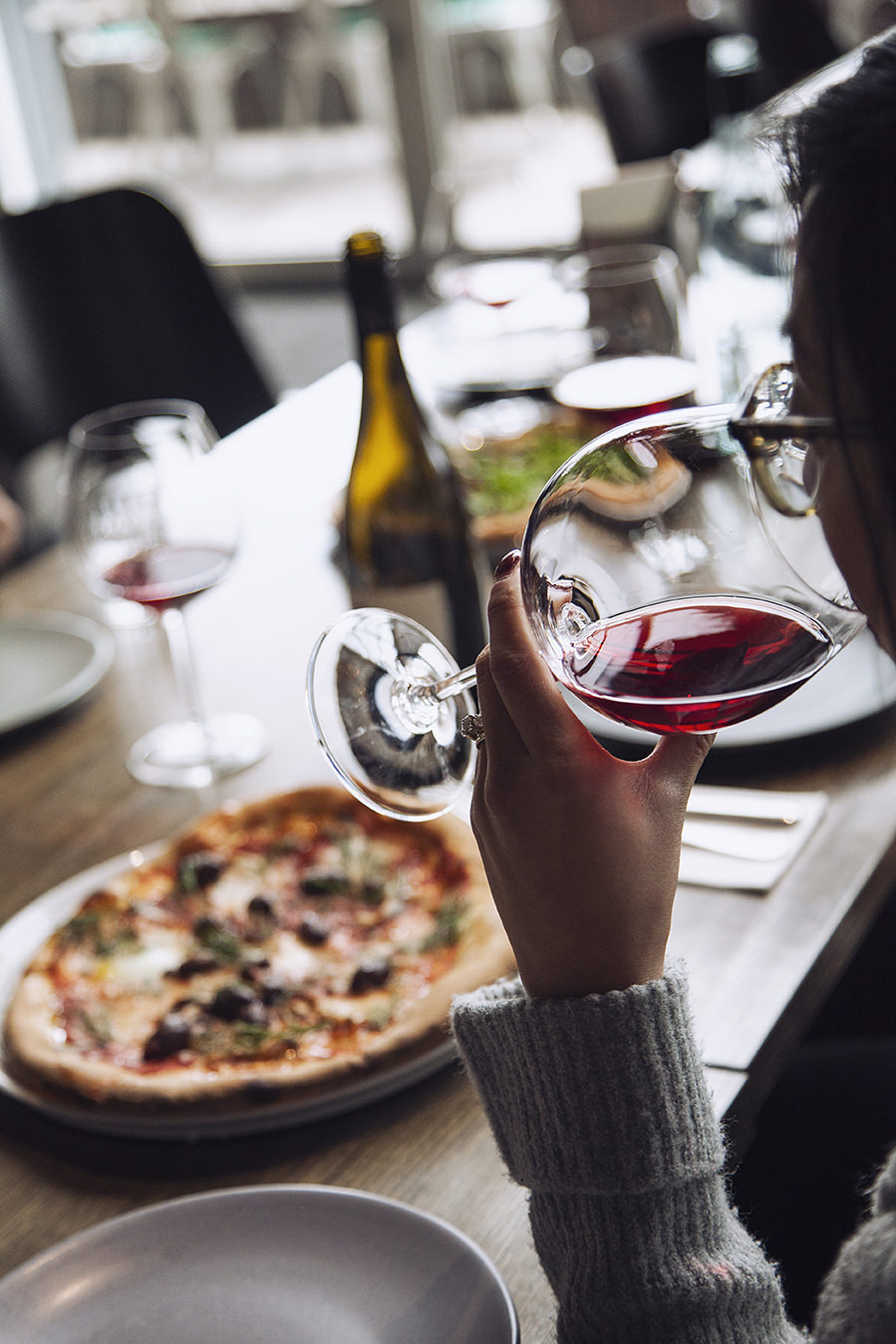 As far as food matching goes don’t sweat it too much. Pinot is great on its lonesome and is particularly suited to dishes like duck, salmon, chicken, fungi, venison and trout but I’m a great believer in just drinking whatever you like with whatever you want. Let’s not over complicate things. As for wines to aim for. I’ll expand on a little hot-list of Aussie producers below. It’s hard to do and it’s by no means exhaustive but these are just the wines that I’ve been impressed with over the years. Your mileage may vary and one the the greatest things about wine is just getting out there and trying different wines and making up your own mind. You know what you like.

That said, here are my ‘Top 30’ favourite Australian pinot noir producers (in no particular order):

Truth is, it’s hard to narrow it down to just a Top 30. There are so many good pinot noir wines out there and as mentioned earlier in the piece, it is one of those wines that has ‘utility’. Suitable for drinking year-round, will take a little chill in the fridge if you’re feeling frisky, is versatile in the food and wine matching stakes, and smells and tastes pretty damn sexy. You can’t ask for much more than that.