A journey into Stellenbosch

By Vinomofo
about 1 year ago
4 min read

South Africa’s most famous wine growing region lies in enviable surrounds. Stellenbosch is located some 40km to the east of Cape Town which, with its stunning coastline and backdrop of Table Mountain, would have to be one of the most scenic and recognisable cities in the world.

After Cape Town, Stellenbosch is South Africa’s second oldest settlement. Established on the banks of the Eerste River in 1679, the French Huguenots arriving in the region made their way to Stellenbosch in the 1690s and began to plant vines. Today, the region has just over 100,000ha under vine and accounts for 20% of South African wine production.

To its north, it's separated from the Paarl wine region by Simonsberg Mountain, and to its east the Hottentot Hollands Mountain range is the dividing line with the picturesque region of Walker Bay and the sharky crescent of False Bay lying some 20km to its south. 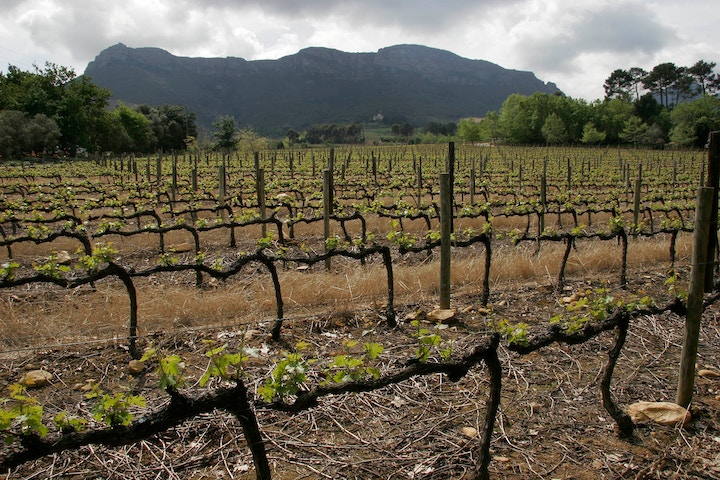 Stellenbosch is blessed by a Mediterranean climate of hot, dry summers and cool, wet winters. It sports favourable soils of light sands through to clays and decomposed granite, plus a variety of aspects and slopes. As you’d expect, rather than being one large homogenous slab of grapey goodness, all these factors lend themselves to subregional nuance and Stellenbosch can indeed be sliced up into several different sectors.

The South African winelands are governed by the Wine of Origin (WO) standards which is split into four categories:

The clays and granitic soils tend to be where you’ll find the best red wines and the sandier soils seem to be favoured for the white grape varieties. Around 40% of the production in Stellenbosch is white wine with nearly 50% of those being sauvignon blanc vines – the balance made up of chardonnay, semillon and chenin blanc, a variety which sometimes goes by the name of 'steen'.

In the red wines, the Bordeaux varieties play a big part in the reputation of Stellenbosch, and you’ll find some world class examples of cabernet sauvignon in the mix. Shiraz (syrah) is another red grape that does particularly well here, and the other red variety that you need to know about is a little grape called pinotage.

There is a famous wine university in Stellenbosch and it was here in 1925, that the university boffins crossed pinot noir x cinsault, and the bouncing baby pinotage was born. It’s kind of South Africa’s signature variety, and for many years had a pretty bad rap, though I'm sure winemaking and dodgy hygiene practices in the winery had a fair bit to do with that reputation. Today, there are some absolutely cracking examples of pinotage around and it's nice to see they’ve cleaned up their act. 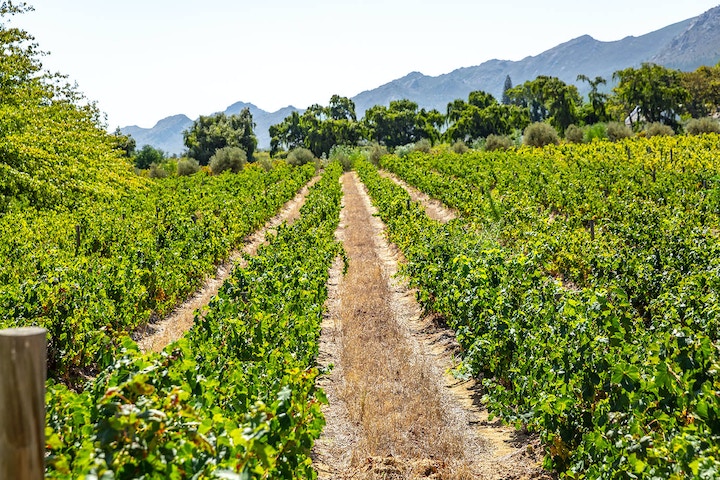 Finally… we’ll have a brief look some of the subregions (aka 'wards') and what you can expect from them.

Well, that's a brief teaser of the wonderful Stellenbosch wine region. Stunning wines, incredible scenery and the warm hospitality of the locals ensure that memories of a visit to the region will linger forever. If you're still staring at that world map on your wall and saving for a trip to South Africa, rest assured that there are a good selection of the top producers available here in Australia should you feel the need for some pre-trip research or inspiration. 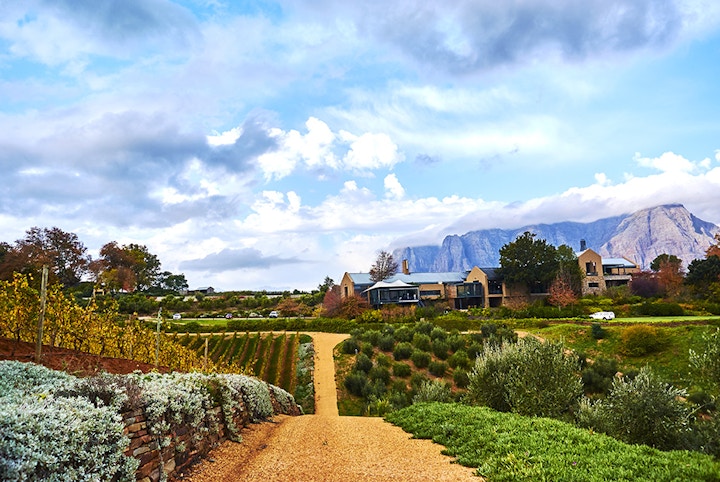