By Nikki Michaels
over 3 years ago
5 min read

When it comes to New Zealand wine, you’re much more likely to hear about Marlborough, Central Otago, or Hawke’s Bay than about the country’s largest city — but Auckland and its subregions more than hold up to their Kiwi brethren. With its golden beaches, vibrant restaurant scene, and little towns just a short drive away, the City of Sails has plenty to offer in every department, whether it’s wine, food, culture, or adventure.

It also just so happens to be a prime spot for a quick little getaway. Welcome to day 1 of our 48-hour guide to Auckland.

(A quick note: the bus system is easy to navigate in Auckland, but ride-shares and Lime scooters are also widely available. We’re not recommending a car for day 1, but day 2 will see some driving!) 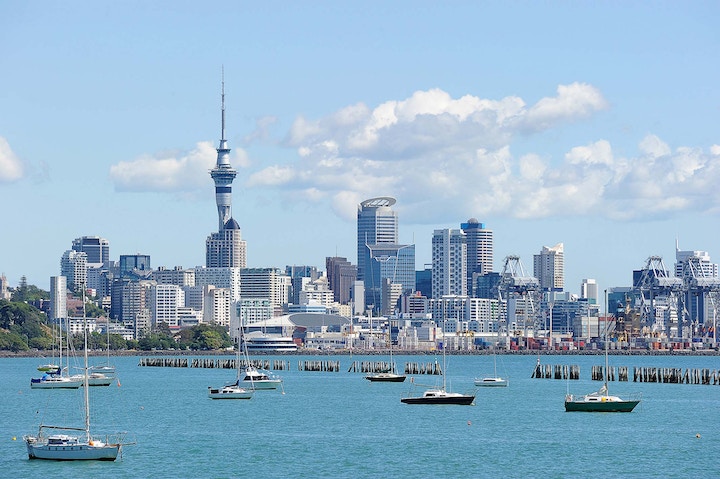 If you’ve booked a couple of days in Auckland, chances are you’ve based yourself in the city. Which is A-ok, because a straight-up plethora of sensational breakfast spots await your arrival in the CBD and its surrounding suburbs.

Craving a very Auckland brekky of eggs benedict or avocado toast? Look no further than Dear Jervois. With its inventive twists on the classics (that avocado toast we mentioned? It’s served on house-made Swedish rye along with whipped feta, olive oil, and dukkah) and unique options such as matcha waffles, this trendy Kiwi eatery is well worth the hype. 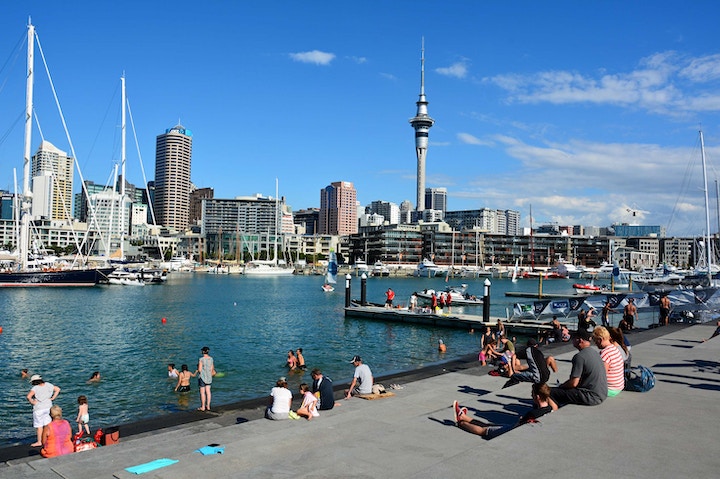 Looking for something a little different? The Fed should do the trick. A ‘take on an old-school NYC Jewish delicatessen,’ Al Brown’s Federal serves up tasty American-inspired dishes with a New Zealand flair — stuff like cinnamon buns, bagels and lox, salmon latkes, and griddle cakes. And a bonus point for the Fed? It’s closer to your next destination…

Off to Waiheke Island for wine tasting and lunch

After breakfast, head down to Auckland’s Ferry Building and book a round-trip ticket to the region’s best-known wine hotspot: Waiheke Island.

Situated a 35-minute (and rather scenic) ferry ride from the harbour, Waiheke is a tranquil little idyll that boasts nearly 25 wineries on its mere 20-kilometre length. Because of its location in the Hauraki Gulf, it’s warm but not hot, and it’s protected from wind and rain that might otherwise make it unsuitable for winegrowing. Those two things, combined with the island’s perpetual sunshine, result in a lovely long growing season that makes Waiheke damn near perfect for late-ripening beauties such as cabernet sauvignon, syrah, merlot, and cabernet franc.

Once you’ve stepped off the ferry and shaken out your sea legs, hightail it all the way over to the other side of the island. For real. Hear us out: Man O’ War perches on Waiheke’s eastern end (you’ll disembark the ferry on the western end) — but the drive there (you can take a shuttle or a taxi) offers some truly mind-blowing views that culminate in the only beachfront cellar door on the island. 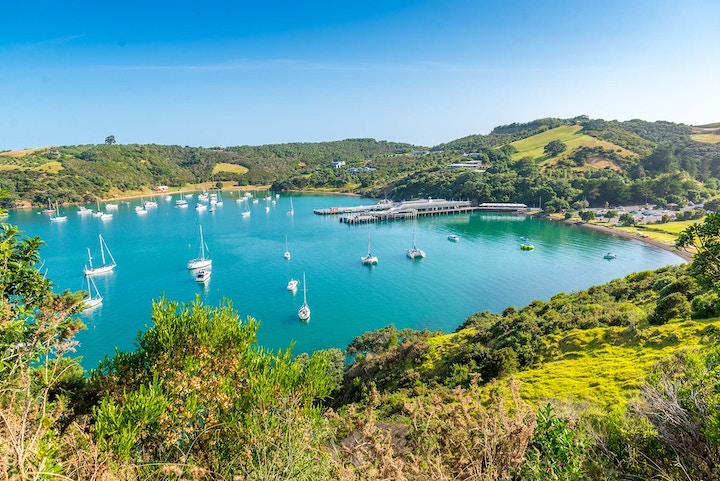 And as if sipping vino under the toasty New Zealand sun wasn't enough, Man O’ War also crafts some of the best wine to come out of the country, bar none. You can’t really go wrong with any of their bottles, but we’re partial to their syrahs. Bold, structured, and peppery, they fuse cooler-climate syrah characteristics such as violets and herbs with warmer, juicy backbones of ripe red and dark fruit. Yeah, we’d plan on having more than one glass. 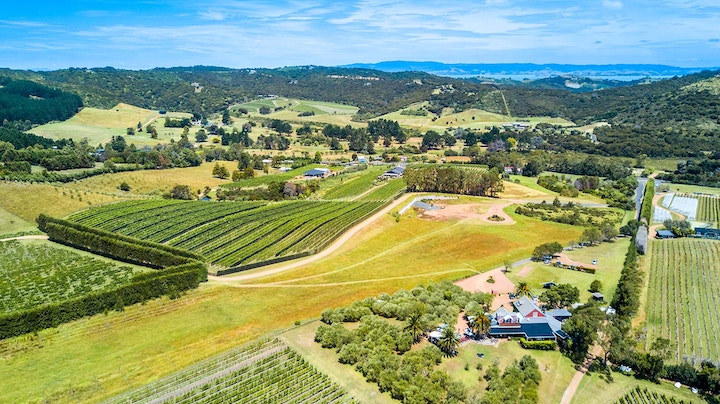 When you can tear yourself away from the vino and the views, head back inland for tasting #2 at the beautiful Tantalus Estate. Tantalus creates award-winning wines in the form of showstopping reds (merlot is a particular standout) and rich, powerful whites (chardonnay, please!). They also boast an impressive restaurant on-site, so grab a bite if you’re feeling peckish — otherwise, jump to one of the three wineries within walking distance: Stonyridge, Te Motu, and Soho.

After wrapping up in Waiheke’s central valley, head back the way of the ferry, where you can grab some food in the main town of Oneroa if you haven’t already eaten, or just board the ferry for the short trip back to the city. 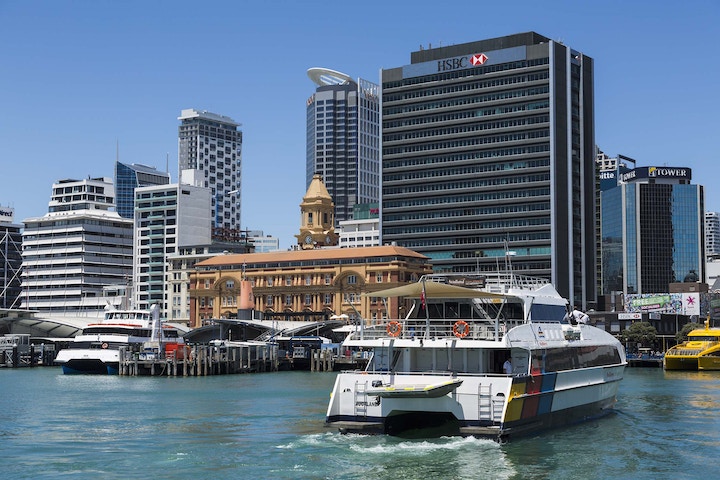 There are plenty and plenty of chic, fashionable cocktail and wine bars in Auckland, but we’d like to suggest something a little different for your aperitifs.

Save Ferris is a new bar that’s recently opened on Symonds Street. Billed as a ‘craft beer parlour and amusement arcade’, it’s a straight-up blast from the past of pinball machines, retro arcade games (PacMan! Donkey Kong!), courtyard games like cornhole and billiards — and it features some of New Zealand’s best craft breweries on tap.

So pop in, have a pint and a little nostalgic fun, and then it's time for dinner!

A five-minute Uber or Zoomy ride from Save Ferris, and you’ll be knocking down the door of Cotto, an Italian joint frequently mentioned on those ‘Best of Auckland’ lists. (Pro tip: Zoomy usually offers some pretty sweet promo codes.) 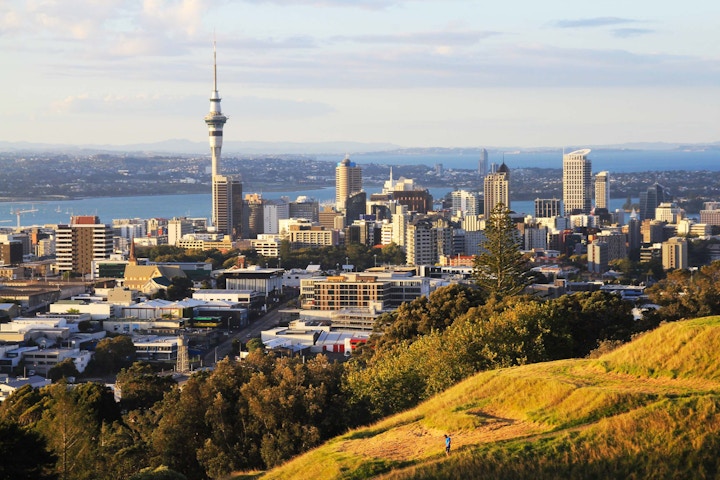 Cotto specialises in handmade pasta. Each main slides in at an eminently reasonable $22, and their wine list offers glasses from $11 to $15. You honestly won’t find a better deal in the city — but make a reservation to avoid the not-so-sweet sting of pasta-less disappointment.

If the Italian world is off-limits to you because you’re gluten-free or it’s just not your schtick, we’d go with Oh Calcutta, widely recognised as one of the best — if not the best — Indian food in the City of Sails.

And now, to sleep! When you wake up in the morning, you'll be ready for Day 2...