A journey into Languedoc-Roussillon – part 2

It’s time for part two of our journey into the Languedoc-Roussillon and the wines that hail from this great, big wine region in the south of France.

We’ve already sussed out a bit of the history and have a lay of the land. We’ve also had a peek at the regions of Fitou and Corbières. Now, let’s check out the rest of Languedoc before taking a look at the Roussillon as it stretches down toward the Spanish border.

Where bubbles are the blanquette rule

To the west of Corbières you will find Limoux AOC. It’s hilly here, though a little less than Corbières and less exposed. Look out for Blanquette de Limoux and Crémant de Limoux, traditional method sparkling wines that are great drinking.

They’re both made of blends of blanquette, chardonnay, chenin blanc and pinot noir in different proportions. The Blanquette contains more blanquette (funny that), while the Crémant is mostly chardy. For an inexpensive alternative to Champagne, this fits the bill beautifully. Quality is generally great, you get all the traditional method flavour, and it makes a nice change from the usual suspects.

Limoux is also the place to head to for some great value barrel-fermented chardonnay and chenin blancs, with the stipulation that there must be at least 15% blanquette in the final wine.

To the north of Limoux, the Malepère and Cabardès AOCs lie around the beautiful walled city of Carcassonne. They both produce red wines from merlot, cabernet sauvignon, cabernet franc, syrah, grenache, cot (malbec), cinsault and the rustic, smoky fer servadou. These wines represent excellent value for bright, juicy wines with plenty of perfume.

Directly above Corbières lies the Minervois AOC which, at 5,000 hectares, is the third largest appellation in the Languedoc. Being so sizable, there’s great diversity of site and style. Increasingly, these massive designations are being broken up into subregions with more distinct personalities. The major grape varieties for Minervois reds are grenache, syrah and mourvedre. For the white wines, marsanne and roussanne dominate. Sweet wines are also made as Muscat de Saint-Jean-de-Minervois.

Saint-Chinian AOC lies to the north-east and is slotted in between the Minervois and Faugères. It has a similar grape mix to Minervois and there are some wonderful GSM blends and old vine carignan wines being made with bags of character. 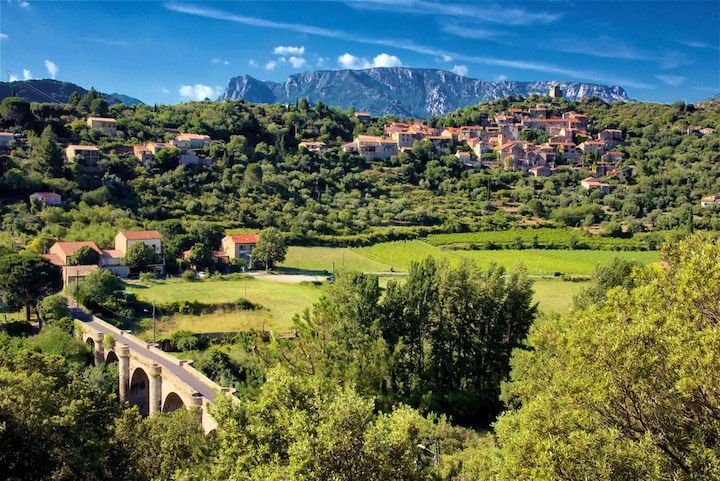 Nothing faux about Faugères

Then, up in the foothills of the Cévennes, you will find the Faugères AOC. Grape varieties remain along the same lines, but the wines are more savoury, with wonderfully heady Mediterranean herb and lavender aromas over some very dark fruit. We’re big fans of the stuff made here. Look out for Mas Gabinèle and their exemplary syrah blend, ‘Rarissime’.

Expect a long time in dock

The Coteaux du Languedoc appellation was replaced in 2007 by the Languedoc AOC and extends all along the Mediterranean coast, from the Spanish border as far as Nîmes. In other words, it’s big (10,000 hectares). It’s spilt into a number of appellations, with a few standouts - the wines of Picpoul de Pinet and Terrasses de Béziers are very impressive indeed and are well worth seeking out. Picpoul is a white style that translates as ‘lip-stinger’, a reference to its extremely high acidity. It’s downright perfect on a hot day with some seafood.

Get your juicy on

Let’s skip back towards Spain to the Roussillon wine region. It tends to get hyphenated behind Languedoc but is quite different and unique in its own right. Many Roussillon wines are yet to find their place at the table of wine lovers, and many of the the best examples are designated IGP, a less stringent category than AOC. Look into lesser-known regions like the Côtes Catalanes IGP and you’ll find some gems. 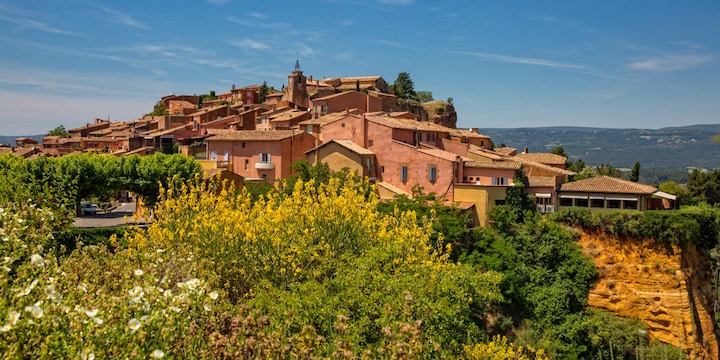 Roussillon is probably most famous for its vins doux naturels - barely fermented sweet grape juice jacked up with a shot of neutral grape spirit to produce a wine akin to a cross between a dessert wine and a port. 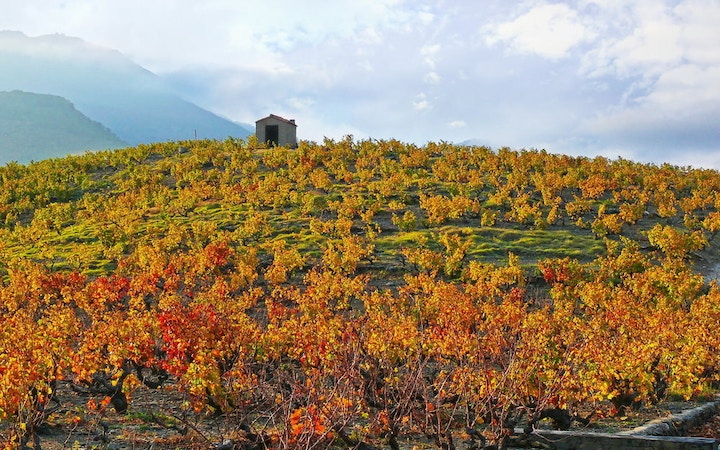 Only missed by a fool

Within Roussillon and just north of the Spanish border, Banyuls is the most famous appellation for vins doux naturels, which is produced from intense, raisined grenache grapes on terraced vineyards strewn with schist. It’s produced oxidatively, baking in hot attics, with spectacular results. In terms of flavour, it’s not too dissimilar to Port. Definitely an interesting alternative to bring along to a dinner party, if you can find one. 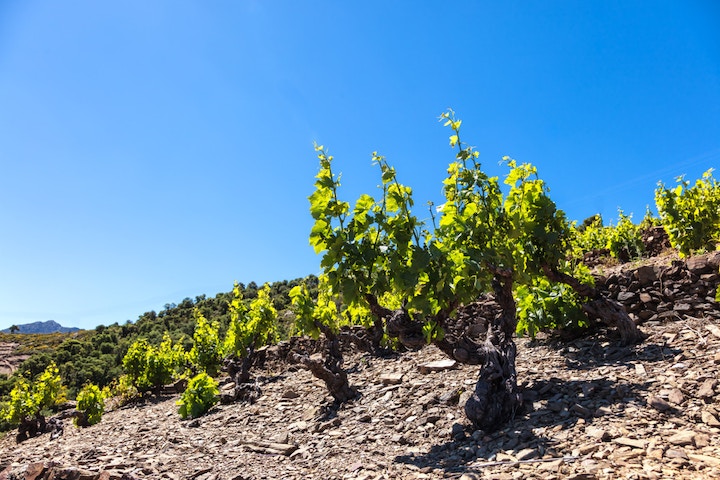 The gnarled vines of Banyuls in rocky schist

Maury is the other big gun, inland of Banyuls. Its wines are every bit as intense and mind-blowing as its famous cousin. Again, grenache is the grape of choice and in the hands of a producer such as Mas Amiel the wines can reach dizzying heights. 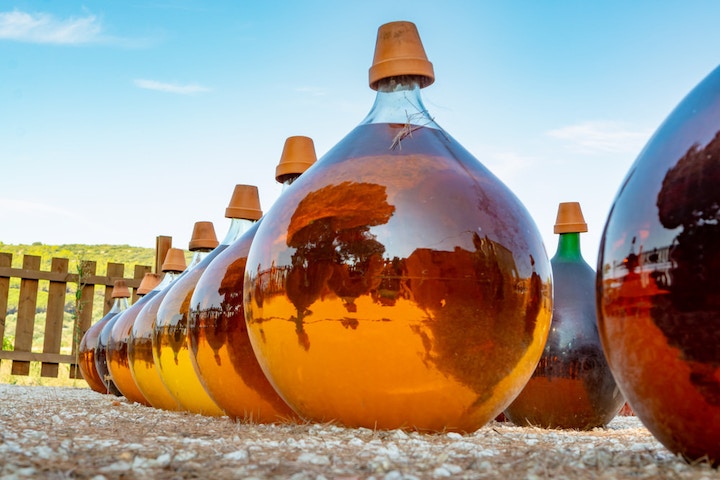 We’ve only just skimmed the surface of a massively diverse region, but get cracking and seek out some of the wines of the Languedoc-Roussillon. If you like what you find, there’s almost limitless room for exploration in this historic and dramatic corner of France.